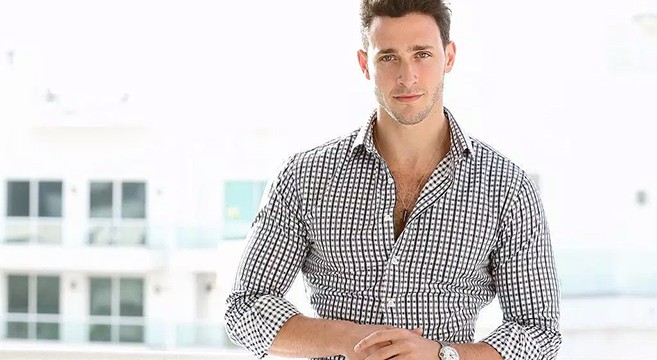 Dr. Mikhail Varshavski D.O. is a second year family medicine resident, social media entrepreneur and philanthropist. He graduated from the New York Institute of Technology with a B.S. in Life Sciences and a Doctorate in Osteopathy and is currently a second year resident focusing on family and sports medicine at Overlook Medical Center in Summit, New Jersey.

Three years ago, Dr. Varshavski, better known as ‘Doctor.Mike,’ started documenting his medical journey through social media platforms, Facebook, Twitter but most importantly, Instagram. Today, he has over one million followers and counting. In addition to his social media entrepreneurship, Dr. Varshavski launched his own charity, The Limitless Tomorrow Foundation. Established in late 2015, LTF aims to break the financial barrier for unique and capable individuals in order to achieve their unique goals. The foundation seeks to empower candidates to reach their full potential, explore the world and conquer their hardships.

In a new fundraising campaign for his charity, Varshavski is offering a date to one very lucky lady. Simply donate to his charity and you’ll have the chance to win a night out in NYC with the real life McDreamy in New York, including: the flight, a stay in a 4-star hotel, and dining out with the sexpot himself at a Michelin Star restaurant. You can enter to win by donating on his website Coffee Meets Bagel, and learn more about his charity at LimitlessTomorrow.org.

In 2015 Varshavski was rated by COSMOPOLITAN magazine as the Sexiest Doctor Alive, and you can see all of his photos on his Instagram. (Photo courtesy of Alexander Tamargo, Getty Images)

Huge announcement for the ladies tomorrow!!! Check back around 3pm EST for the big news ??? Thanks to @altaimages for the killer shot ? #miami #gentleman

It’s scary when you have to choose what to do for the rest of your life ? But whatever you do choose, do it well, do it passionately, and success is sure to follow ?? #passion #medicine

Week 1 is in the book guys and already we have raised nearly $25,000!!! In case you’re not aware I’ve partnered with @coffeembagel to raise money for my foundation @limitlesstomorrow ? By donating at least $10 to @limitlesstomorrow via the link in my bio you are entered for a chance to win a date with me, including flights, hotel, and a dinner in NYC. The contest is open internationally! The more you donate the more chances you have to win! The contest closes on January 27th but the date will happen as our schedules allow :) Using your donations @limitlesstomorrow will be able help fund the dreams of young students everywhere! Don’t let an opportunity for an awesome #nyc experience and a chance to help a truly fantastic cause, slip through your fingers! P.S. I’m really excited for our date ? #dateforcharity #unlimityourself

Visiting the hot natural thermal baths of #budapest ?? What a palace! ?

Sometimes it’s the smallest things that have the biggest impact ?

Late night run with Roxy before the #switzerland and #budapest trip tomorrow ?? As a resident it’s sometimes tough to find time to workout, but if I’m going to recommend exercising 4-5 times a week to my patients, I will make sure I live my advice as well ???

When your friend is too good of a photographer that he can make anyone look like a model @nicholasmrnarevic ?? #nyc ************************************************ On a more serious side note, I wanted to let you all know that I’ve started the paperwork/legal process for my foundation. It will hopefully be up and running by early next month, at which time I will make an official announcement. I appreciate all the support that’s been coming my way since this “viral-situation” began and now it’s time to do something great with this opportunity. Let’s all pitch in and make tomorrow a place where we want to be. #comingsoon

Thank you to @firstgenerationfashion for the incredible photography! Your concept of highlighting first generation New Yorkers is one I can truly get behind! Keep an eye out as my interview with her will be launching soon! ??#nyc #fashion #culture #supportawesomeness