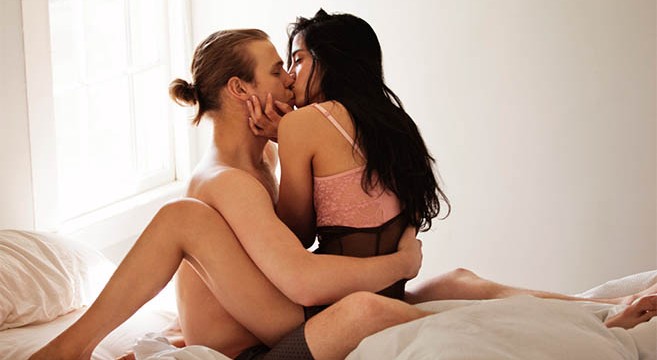 Online dating/hookup apps are providing tech companies with a treasure trove of longitudinal data on the dating habits of its users — a mountain of data that would leave most social scientists green with envy. From Tinder to Grindr to OkCupid, it’s never been easier to meet someone, bump uglies, and sometimes even build a life together. It’s also never been easier for data analysts to unlock the secrets of what men and women are really looking for, and that’s exactly what OkCupid co-founder Christian Rudder did recently.

After doing a major data dive of OkCupid users’ preferences, Rudder discovered some revealing findings with regards to age-matching. Turns out, women prefer older men until these women reach the age of 29. After 29, women begin to prefer men who are their same age or slightly younger. Then when women reach 40 everything changes — their age preference in men plummets as they begin to switch to men who are increasingly younger than they are. Rudder writes: “[At the age of 40] a woman’s tastes appear to hit a wall. Or a man’s looks fall off a cliff, however you want to think about it. If we want to pick the point where a man’s sexual appeal has reached its limit, it’s there: 40.”

As for men, it’s a whole other story. Whether these men are 25 or 65 their preference remains the same — women who are 20, 21, 22, or 23 (although the data leans heavily towards women aged 20 and 21). Furthermore, once a man hits 30-years-old, women over 35 from that moment onwards seemingly do not exist (data wise). “Younger is better, and youngest (i.e. 20) is best of all, and if ‘over the hill’ means the beginning of a person’s decline, a straight woman is over the hill as soon as she’s old enough to drink … A 50-year-old man’s idea of what’s hot is roughly the same as a college kid’s, at least with age as the variable under consideration — if anything, men in their twenties are more willing to date older women.”

And assuming you’re lucky enough to find “the one”, what happens next? Is it best to stay with that person monogamously forever, or is it best for each of you to have a side-piece or two to keep everybody happy through the years? We finally have an answer to that, and you can read more here: “Is Monogamy A Natural State For Humans? We Finally Have A Scientific & Anthropological Answer“. You can get more incredible insight into monogamy, the secrets to long-term desire, and the reasons why people cheat in the videos below from Jason Silva and Esther Perel. No need for the madness of AshleyMadison.com ever again. And for all you Tinder users out there you might be interested in reading this: “Urgent Optimism: The Science Of Tinder Addiction And How Facial Biometrics Affect Your Success Rate“. You can also watch a video from OkCupid co-founder, Christian Rudder, in video #5 below where he explains the app’s algorithms, and in video #6 where he reveals what OkCupid data says about sex on the first date. For more from Christian Rudder you can follow him on Twitter. And check out this interesting take on what happens when you compare the success rates of OkCupid vs. Match. (Sources: COSMOPOLITAN, Esquire, Jezebel; photo via Huffington Post)