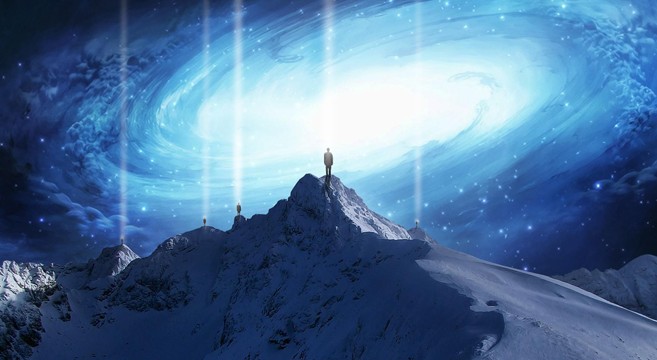 For the first time in scientific history researchers have discovered that group consciousness (i.e. collective consciousness) elicits physical changes in the physical world around us. Researchers made the discovery in a groundbreaking study from Princeton University’s PEAR Laboratory (Princeton Engineering Anomalies Research). “The power of thought is not just ideological. It manifests physically. Cohesion between individuals ramps up this power,” write the study’s authors. The research was spearheaded by Roger Nelson, who coordinated research at PEAR for two decades, and who is now the director of the Global Consciousness Project (GCP), a collaboration between researchers world-wide to test the power of human consciousness.

GCP writes: “In field applications, the research shows that in situations which produce a coherent group consciousness the data may depart from expectation even without specific intentions. The GCP/EGG project’s measures are a direct extension of the laboratory and field applications of the REG technology. In field studies with REGs we have found consistent deviations from expected randomicity in data taken in situations where groups become integrated or unified by something of common interest. During deeply engaging meetings, concerts, rituals, etc., the data tend to exhibit slightly greater order than random data should, and we are able to predict this deviation with small but significant success.”

“The best way to describe the anomalous effects we see in the data is as a correlation that comes to exist between the devices spread around the world — just during major events, defined in terms of the widespread attention and emotion the produce,” adds GCP “That is, there are departures from expectation when human consciousness is powerfully engaged. The devices are designed to be independent, and they are separated by hundreds or thousands of kilometers, and yet we see the correlations — that is anomalous, and it is linked with consciousness. The implication is that we are not isolated from each other as seems to be the case, but linked in a subtle, unconscious and inaccessible way. Learning more about that, and tapping into the potential of our interconnection is the next phase of human development. We are at the beginning, and ready to move forward.”

The discovery provides a major proof to the existence of the Unified Field (also known as Uniform Field Theory), a theory of quantum physics. Dr. John Hagelin is Professor of Physics and Director of the Doctoral Program in Physics at Maharishi International University in Iowa, and in one of his published papers he examines the connection between group consciousness and the Unified Field: “Following a general introduction to Unified Quantum Field theories, we consider [the proposal that] the Unified Field of modern theoretical physics and the field of ‘pure consciousness’ are identical. We show that the proposed identity between consciousness and the unified field is consistent with all known physical principles, but requires an expanded physical framework for the understanding of consciousness. Such a framework may indeed be required to account for experimentally observed field effects of consciousness and phenomenological aspects of higher states of consciousness.”

To learn more about Princeton’s PEAR Lab research you can watch the video below. David Lynch also describes the Unified Field theory beautifully in a terrific Q&A which you can watch below. And Dr. Jill Bolte Taylor also touches on the very same subject in perhaps the most profound TED Talk of all, entitled “Stroke Of Insight,” her personal account of her brush with the Unified Field when the left hemisphere of her brain shut down. You can also watch Dr. John Hagelin in his own words as he summarizes years of scientific research bridging consciousness and the Unified Field in the lecture below. (Image via Humans Are Free)