Director Jody Lee Lipes’ critically acclaimed new ★★★★★ documentary, Ballet 422, stole the show at last spring’s Tribeca Film Festival, and now it’s being rolled out in select theatres across North American beginning this weekend. The film follows Justin Peck (27), the new golden boy of American ballet (whom the New York City Ballet appointed as their resident choreographer in July 2014) as he accepts a creative challenge from the NYCB to fill a hole in their winter 2013 schedule with anything Peck’s heart desired.

The New York Times writes: “The film had a built-in timeline, given that Peter Martins, the company’s ballet master in chief, asked Mr. Peck if he had anything on the back burner that could fill a hole in the roster. In just two months, Mr. Peck had to complete a new ballet for the 2013 winter season at the 2,586-seat David H. Koch Theater. ‘I was in the place where I was just starting to emerge as a choreographer,’ Mr. Peck said. ‘So I just said yes and then spent about two weeks freaking out.’ Mr. Martins had noticed Mr. Peck’s work in City Ballet’s New York Choreographic Institute, in which Christopher Wheeldon and Alexei Ratmansky also participated. ‘I saw a little germ there,’ Mr. Martins said, ‘an interesting individual voice that was very different from everybody else’s.’ The ballet that resulted was Paz de La Jolla, set to music by Bohuslav Martinu and featuring Tiler Peck, Sterling Hyltin, Amar Ramasar along with a 15-member corps. ‘Mr. Peck did not disappoint,’ Brian Siebert wrote in a review for The New York Times. ‘He’s still flying.’ ”

To learn more about the film, including a list of cities and showtimes, be sure to visit Ballet 422 at Magnolia Pictures. In May 2014, Peck’s original ballet production entitled Everywhere We Go, with original music by Sufjan Stevens, bowed to huge praise. You can read more at The Wall Street Journal. And for all things Justin Peck be sure to follow him on Facebook, Twitter, and visit his website at Justin-Peck.com. (Photo by Henry Leutwyler for The Wall Street Journal). 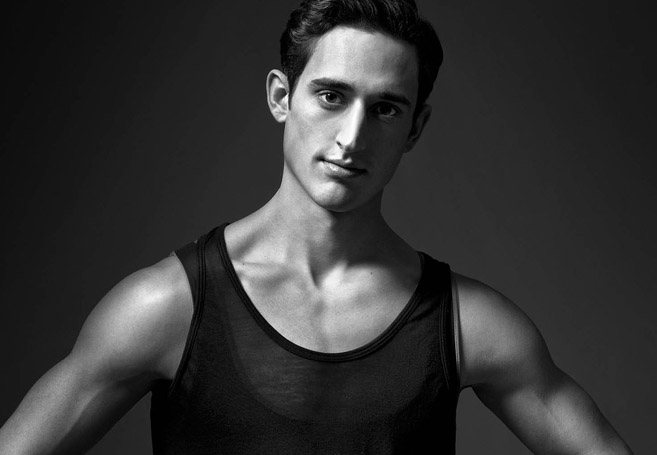 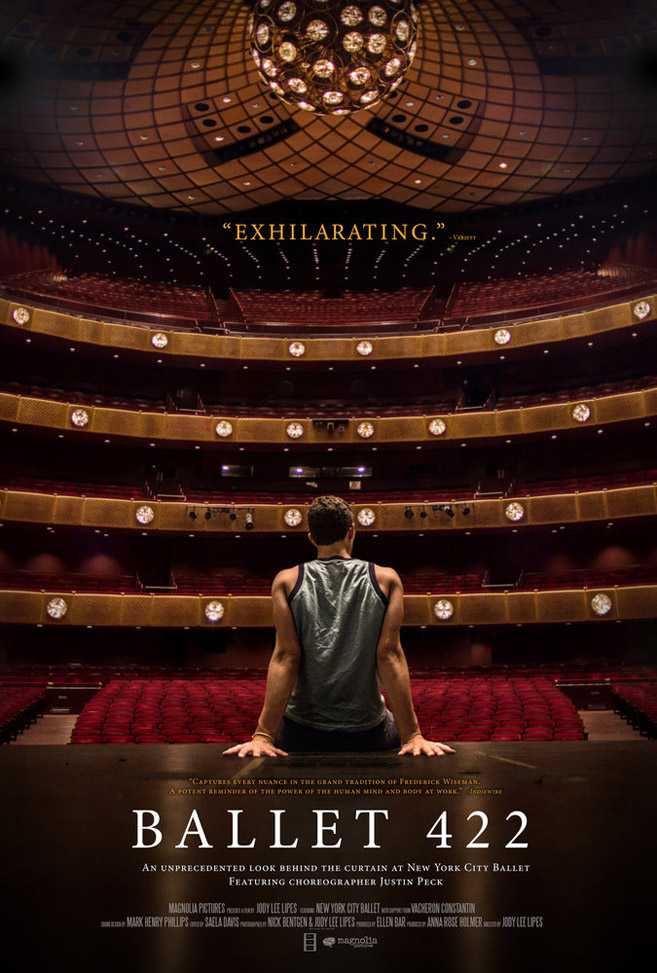 Previous post:
Watch This Awesome New 20-Minute Documentary On The Design & Construction Of Jabba The Hutt Next Post:
“Old Is The New Naked”: Watch How Older Models Became The Hottest Trend In Fashion Advertising