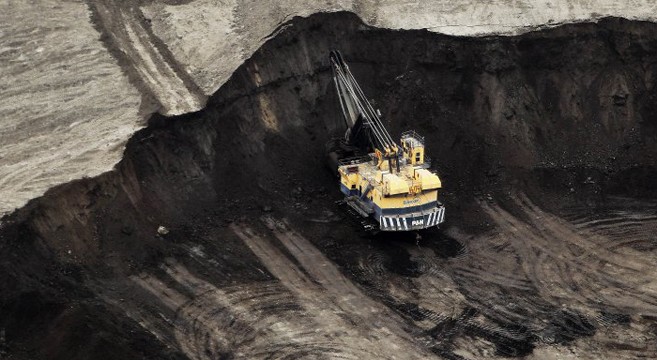 FORTUNE magazine is painting an abysmal portrait of the Canadian oil industry today, as the benchmark futures contract for West Texas Intermediate was back at $66.35 a barrel this morning in Europe, “down by nearly $1 from where it was before a Wall Street Journal report late Thursday that national oil company Saudi Aramco had cut its official prices for January.” Geoffrey Smith of FORTUNE writes: “WSJ had reported Thursday that Saudi officials now reckon the market will stabilize next year around $60 a barrel. That has profound implications for companies that have invested heavily in marginal projects on the assumption that OPEC would always trim its output to keep prices around $100–the level that many of its members need to fund their budgets. This week alone, companies from Russia to Canada to Australia have been ripping up their old business plans as they try to work out which projects will still make money in the new environment.” Development in the Canadian oil sands requires massive up-front investment, with huge operating costs down the line — all of which are sending Canadian oil stocks plummeting into a state of total collapse.  “Toronto-listed MEG Energy Corp MEGEF -6.99% Thursday cut its investment budget for 2014 by a third to $1.2 billion and trimmed its 2015 plans to make sure it won’t need to borrow. Its shares are down by more than 50% since the summer, and have fallen by a third since OPEC’s decision. On Wednesday, Canadian Oil Sands Ltd COSWF 0.12% , the largest owner of the Syncrude Canada Ltd oil sands project, had cut its quarterly dividend 43% to conserve cash and avoid borrowing while crude prices are low.”

The news is latest in a string of terrible news for the Canadian oil industry.  Protesters successfully blocked a pipeline from Alberta which would have established a supply line to the Pacific Ocean and China, and it now looks as though Washington will never approve the southern-directed Keystone pipeline which would have created a supply route to the Gulf of Mexico.  The only remaining alternative is the Energy East pipeline which would create a supply route to Canada’s east coast.  The pipeline is coming under increased scrutiny for the potentially catastrophic environmental impacts it could have along its 2,730-mile-long route.  Not only does the pipeline pose immense local risks to any location along its path, but scientists are working tirelessly to end all Canadian oil sands development due to the huge carbon emissions it would unleash into the atmosphere.

The New York Times explains how the exploitation of the oil in Canada’s tar sands would lead to the end of civilization: “Canada’s tar sands, deposits of sand saturated with bitumen, contain twice the amount of carbon dioxide emitted by global oil use in our entire history. If we were to fully exploit this new oil source, and continue to burn our conventional oil, gas and coal supplies, concentrations of carbon dioxide in the atmosphere eventually would reach levels higher than in the Pliocene era, more than 2.5 million years ago, when sea level was at least 50 feet higher than it is now. That level of heat-trapping gases would assure that the disintegration of the ice sheets would accelerate out of control. Sea levels would rise and destroy coastal cities. Global temperatures would become intolerable. Twenty to 50 percent of the planet’s species would be driven to extinction. Civilization would be at risk.”  You can read more about the Canadian oil sands pipeline at Bloomberg.com.  To read more about the world’s oil development projects being shut down due to falling oil prices you can visit CNBC.com. (Photograph by Ben Nelms — Bloomberg via Getty Images)