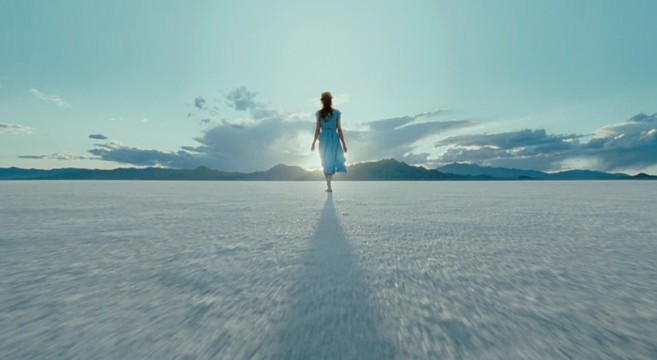 Anita Moorjani‘s personal account of her close encounter with the great beyond is one of the most powerful true stories I have ever heard.  Filled from head-to-toe with stage 4 cancer and tumours the size of lemons, Anita was wheeled into a hospital in Hong Kong on February 2, 2006.  After spending five years battling the disease at home, Anita’s body had finally succumbed to the fight and she fell into a deep coma.  When her husband and parents arrived at the hospital minutes later, Anita’s doctors took one look at her and told her family that these were Anita’s final hours.  Apart from the enormous tumours that had consumed her body, Anita’s muscles had completely disintegrated, and her organs were beginning to shut down.

What doctors and Anita’s family couldn’t possibly have realized at the time was that Anita was with her deceased father and best friend on the other side, and was being given an extraordinary glimpse of her life, her world, and the nature of human existence.  30 hours later Anita awoke from her “coma”, and instantly her family and her doctors knew something unexplainable had just happened.  Anita was recounting names and information to hospital staff whom she had never met in the physical world, she knew her brother had flown from India to be by her side (and could describe in precise detail exactly what had happened to her brother over the past 30 hours of his travel), she began recounting details of conversations between her doctors and her family that had taken place on the opposite side of the hospital, and much, much more.

Within four days Anita’s tumours had shrunk to 75% their size, and after conducting every test imaginable, doctors could not find a single trace of the cancer that had destroyed her body over the past five years.  Anita’s health records and cancer data have been studied by five of the world’s leading cancer research institutes, and not one of them can explain how something like this is humanly possible.  What happened to Anita’s body and her cancer has never been witnessed before in modern medicine.  But as extraordinary as her medical story is — it pales in comparison to what Anita learned and witnessed on the others side about the meaning of life.  Once you hear Anita’s story below, it will stay with you forever.

For more amazingness from Anita Moorjani be sure to follow her on Facebook, visit AnitaMoorjani.com, and read her mindblowing book Dying To Be Me: My Journey From Cancer, To Near Death, To True Healing.

Previous post:
“CATS & ABS”: If You Love Kittens And Hot Guys You Might Enjoy COSMO’s New Video Next Post:
Stream DIGITS New Mixtape “Shake Your Body Down” And Check Out The Title Track’s New Video