Godfrey Reggio (born March 29, 1940 in New Orleans) is the director behind the now legendary Qatsi trilogy of Koyaanisqatsi (1983), Powaqqatsi (1988), and Naqoyqatsi (2002).  Each named after a word from the Hopi language, the trilogy was a groundbreaking cinematic achievement, and now Reggio is back in exquisite form with his brand new, highly anticipated visual poem VISITORS, his first film in over a decade.  The film premiered to rapturous applause at this year’s Toronto International Film Festival in September.

TIFF writes: “If the ‘Qatsi’ trilogy reflected on ideas of balance, transformation, and war, ‘VISITORS’ asks a very different question: Who and what is a visitor when we look around ourselves on this planet?  Using this idea as a metaphysical departure for his visual reverie, Reggio takes us on a unique voyage into the mysteries and wonders of the Universe.  Shot in dazzling black and white and projected in highest-resolution 4K, the film proves once again that Reggio is a visual genius, open to the magic of experience, masterly at editing his images into a work that calls upon its audiences to find their own meaning in the piece.  More akin to music than narrative storytelling, ‘VISITORS’ creates moods and tones, allowing each of us to explore potential connections and associations.  At times we enter an almost dreamlike state — notably with Reggio’s meditation on human hands, as expressive as faces, interacting with technological tools (touchscreens, keyboards) that have been removed from the frame.  The effect is mesmerizing, and Philip Glass’s score is a perfect complement.”

Godgrey Reggio’s VISITORS has no bigger fan than director Steven Soderbergh, who presented the film at TIFF.  The film is scheduled to arrive in North American theatres on Valentine’s Day 2014.  And no FEELguide mention of composer Philip Glass is complete without one more listen to his hypnotizing 1979 masterpiece “Mad Rush”.  To learn more about Reggio’s VISITORS you can visit VISITORSfilm.com. 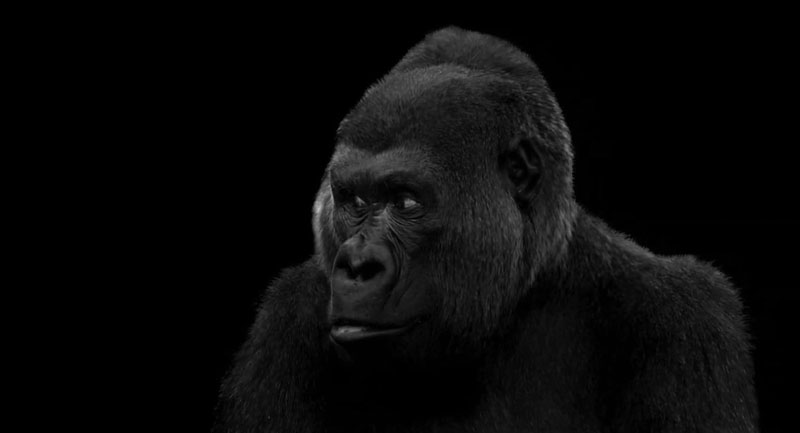 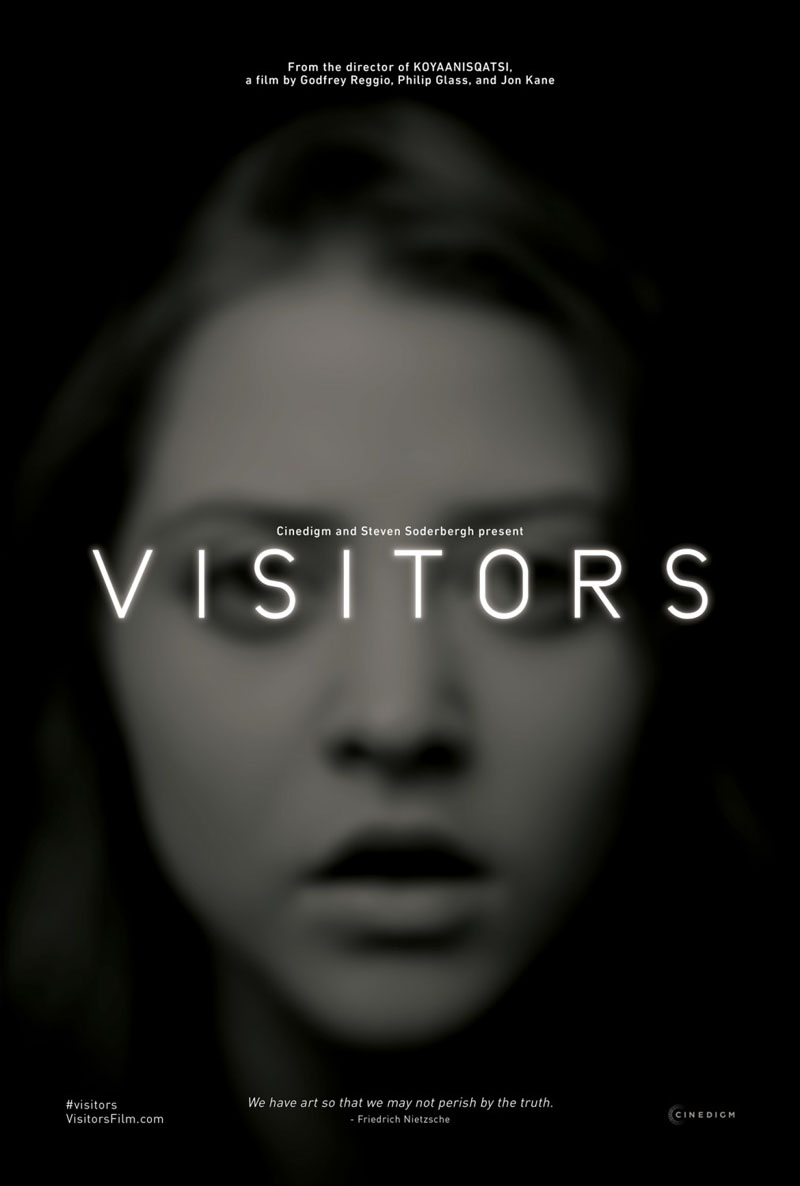 Sources: The Playlist and TIFF