Time has passed, and much of the jarring indignity of the term “shoegaze” has lost its insulting sting power in the eyes of the bands who inspired the name of the genre first coined by the team at NME in the late ’80s and early ’90s.  My Bloody Valentine, Cocteau Twins, Swervedriver, The Jesus And Mary Chain, and Ride are perhaps the best examples of the shoegaze scene.

The term “shoegaze” was coined because the bands at the centre of this subgenre of alternative rock, which reached its golden peak around 1990-1991, tended to remain relatively still while on stage, staring downwards at their guitar effects pedals as they performed in a semi-detached state. But there was — and remains — nothing detached about these bands’ connections to their fans.  In an upcoming documentary entitled Beautiful Noise spearheaded by Eric Green, it’s appropriately noted that “[these musicians] didn’t sell a lot of records, but everyone that heard them started a band.”  Green and his team recently launched a Kickstarter fundraising campaign for the doc, which is likely to prove hugely successful considering they have already recorded interviews with all of the major (and notoriously reclusive) big names from the genre.  You can see some of these in the trailer below.

Other contributors to the film include big names hugely indebted to shoegaze such as Wayne Coyne, Robert Smith, Trent Reznor and Billy Corgan.  Beautiful Noise also features exclusive live performances from the latest members of the extended shoegaze lineage including Grouper, Tim Hecker, M83, and Sigur Rós.  You can support the film’s Kickstarter campaign by CLICKING HERE.

And I owe a huge thanks to the team at FACT for profiling this documentary, because for some reason lately I’ve been desperately searching for a perfect excuse to play “1979” from The Smashing Pumpkins — not only one of my favorite songs of all time, but one that has been reaching out to me lately for reasons unknown. 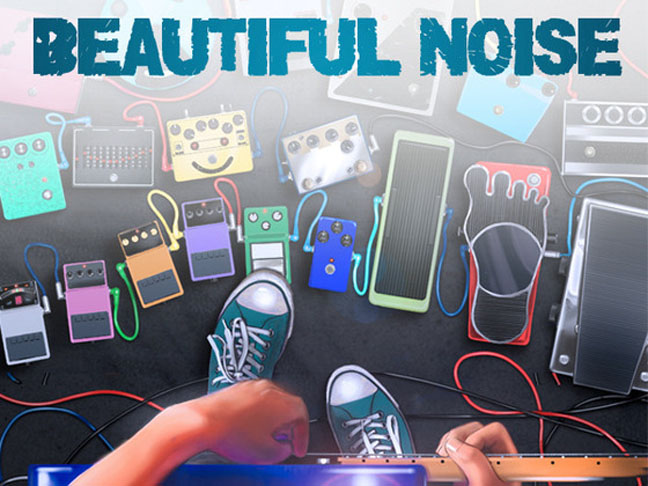