Watch 60 Minutes’ Fascinating Report On Truffles: The Most Expensive Food In The World

60 Minutes recently re-broadcast their January 2012 feature report on the world’s elite truffle industry, centred in France and Italy, and it has captivated me to no end.  A truffle is the fruiting body of a subterranean mushroom, and almost all truffles are found near the bases of trees.

Because of their high price and their pungent taste, truffles are used sparingly, and supplies can be found commercially as unadulterated fresh produce or preserved, typically in a light brine.  White truffles are generally served raw, and shaved over steaming buttered pasta or salads or fried eggs (the latter is recommended by many gourmets as the best way to enjoy the flavour).  White or black paper-thin truffle slices may be inserted into meats, under the skins of roasted fowl, in foie gras preparations, in pâtés, or in stuffings, and some speciality cheeses contain truffles as well.  The flavor of black truffles is far less pungent and more refined than that of white truffles.  Its strong savory flavor is similar to earth and dashi.  While in the past chefs used to peel truffles, in modern times most restaurants brush the truffle carefully and shave it or dice it with the skin on so as to use most of this expensive ingredient.  A few restaurants, such as Philippe Rochat in Switzerland, still stamp out circular discs of truffle flesh and use the skins for sauces.

European white truffles can sell for as much as $3,600 a pound, making them and their fellow fungi the most expensive food in the world. One two-pound truffle recently sold for more than $300,000. All of which has brought organized crime into the truffle trade, creating a black market and leading to theft of both truffles as well as the highly valued truffle-sniffing dogs. Add to that the influx of the inferior Chinese truffles — masquerading as their European cousins — and you’ve got trouble with truffles. 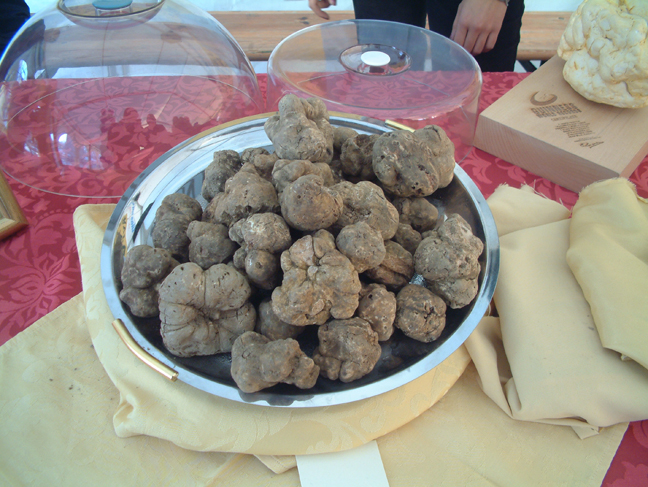 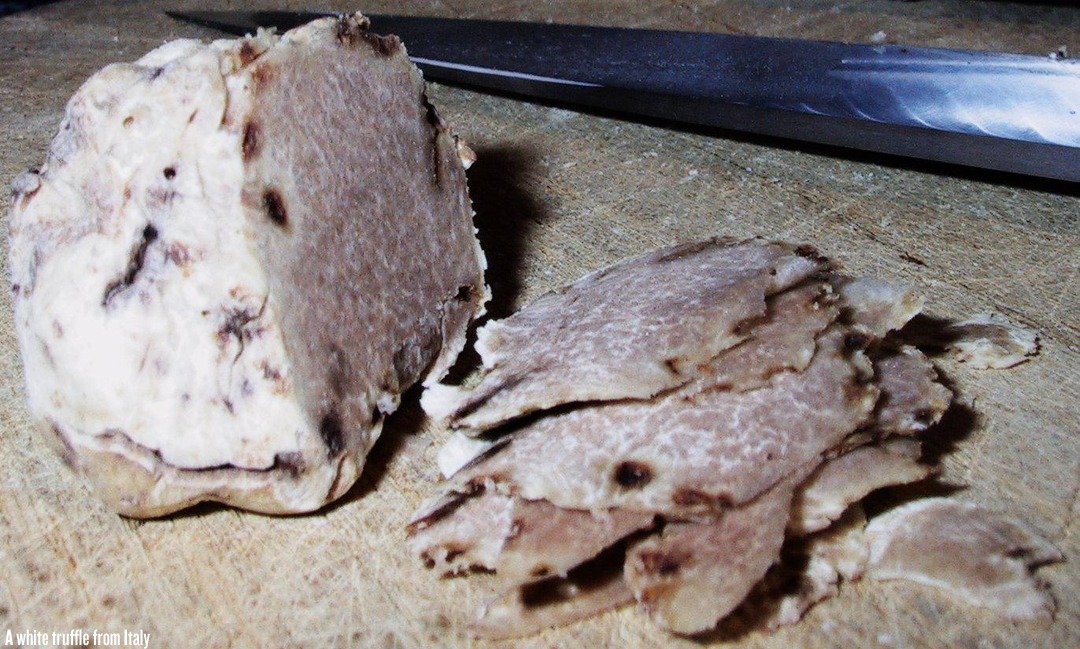 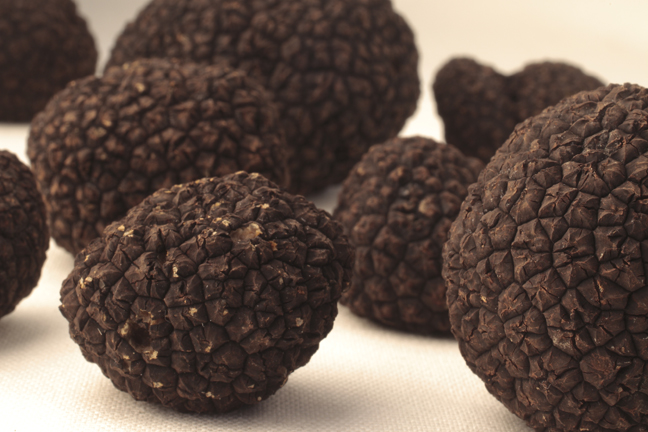 Previous post:
BLACK MARBLE’s “A Great Design” Is Pretty Much Perfect Next Post:
HORRID RED, One Of America’s Best Kept Punk Secrets, Are Giving You “This Joy Inside”