Whoever told you that money cannot buy happiness is bat shit crazy, because Microsoft co-founder and billionaire Paul Allen is living an extraordinary life.  On Wednesday, Forbes reported Allen is donating $300 million of his $14 billion fortune in his eponymous Allen Institute for Brain Science to fund new projects to map and observe the human brain and, in Allen’s words, “to one day understand the essence of what makes us human.” That brings the total amount Allen has invested in the Institute to $500 million.  The announcement was made at a press conference today in Seattle and in a commentary in Nature, one of the world’s best scientific journals, written by Christof Koch, the Institute’s Chief Scientific Officer, and R. Clay Reid of Harvard Medical School. They lay out a way of doing brain research that involves optogenetics, a kind of deep stimulation of the brain using light, connectomics, the study of connections in  the brain, and brain observatories, ways of monitoring what happens in the brain in real time.

Allen said he’s not interested in collecting intellectual property. The goal is to create open science at an industrial scale. The institute says that every month 50,000 scientists access its brain map data.  “We know that such an expensive project will have critics,” Koch and Reid write.  “The resources required could fund hundreds of other projects, so why focus them in this way? Our response is that funding agencies are already spending billions of dollars on many smaller projects across all areas of biomedical research, and the Allen Institute wants to pioneer a new approach. We want to understand one piece of brain tissue by integrating knowledge across techniques and scales, rather than distributing the funds more widely.”  Ed Boyden, an associate professor at the MIT Media Lab who is one of the pioneers in the field of optogenetics, echoed that sentiment. “The Allen Institute is assembling an extraordinary set of tools to tackle brain circuitry in a vertically integrated way, from the parts lists to how they all work together,” he wrote via Facebook chat. “It is impossible for an ordinary lab group to bring all these pieces together.”

Allen’s remarks are eloquent, inspiring, and incredibly powerful, and Forbes has included them in their feature article which you can read by visiting Forbes.com.  To learn more about the extraordinary work being done by Paul Allen’s institute be sure to visit AllenInstitute.org.  For more fascinating stories about the human brain you can visit The Human Brain on FEELguide. 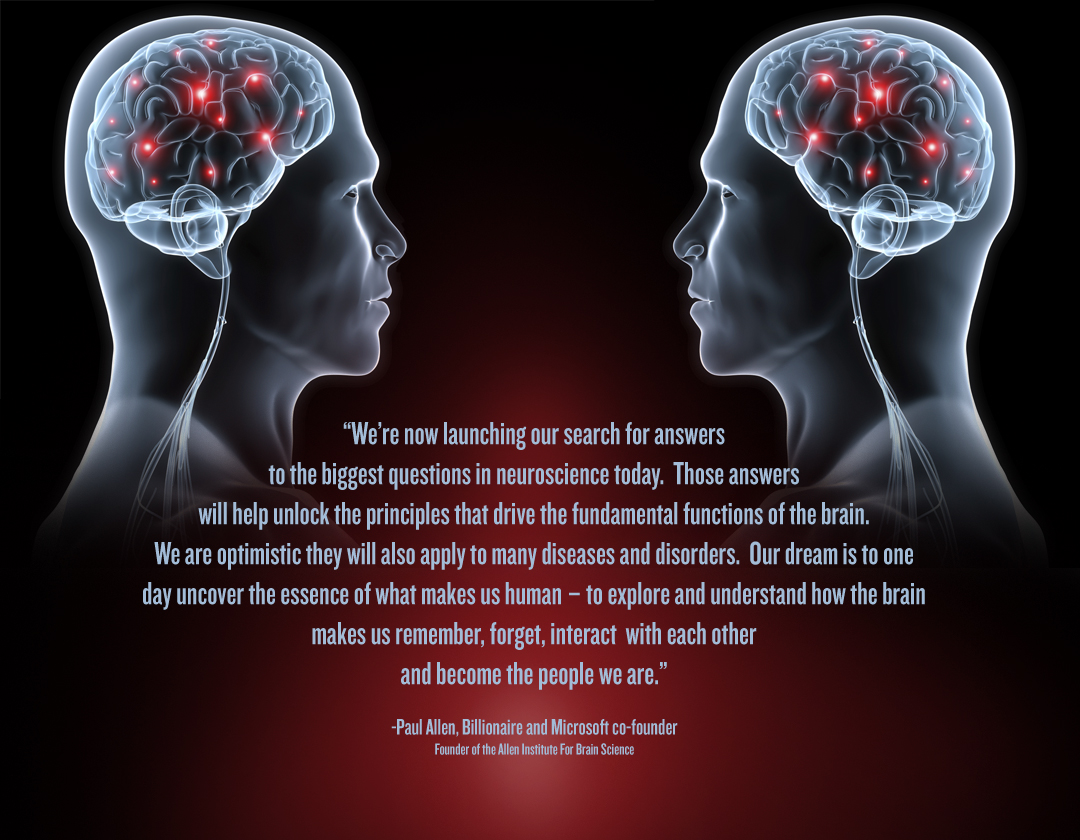