Scientists have long been captivated by the ability of large groups of animals to move in swift unison with one another — large schools of fish and flocks of birds to be most specific.  Now, new research set to be published in the Proceedings of the National Academy of Sciences reveals a mindblowing discovery made by a European research team which studied the spectacular flocking abilities of European starlings.  As reported by Physorg, “The team noticed that some of the starlings’ abilities might be mathematically defined, and that the ability of the birds to change directions almost simultaneously follows the same model as metal when it becomes magnetized.”  The same research team had previously discovered that if just one single bird changed its speed, the change would propagate out to every other bird.  In their latest research they focused on orientation (i.e. how individual movements of birds in the flock caused changes in the direction of the flock as a whole.  Multiple cameras were set up around Rome, where starling flocks are legendary.  Both video and stereometric stills were taken in order to produce 3D imagery of the flock.  Two subsequent discoveries were made: 1) a change in path by one bird impacts precisely 7 birds surrounding it (regardless of the flock’s size), and 2) “changes in flight path for the flock as a whole happens very similarly to the way single electron spins within a metal line up when a magnetic field is created.”  To find out the fascinating implications of these discoveries be sure to visit Physorg.com. 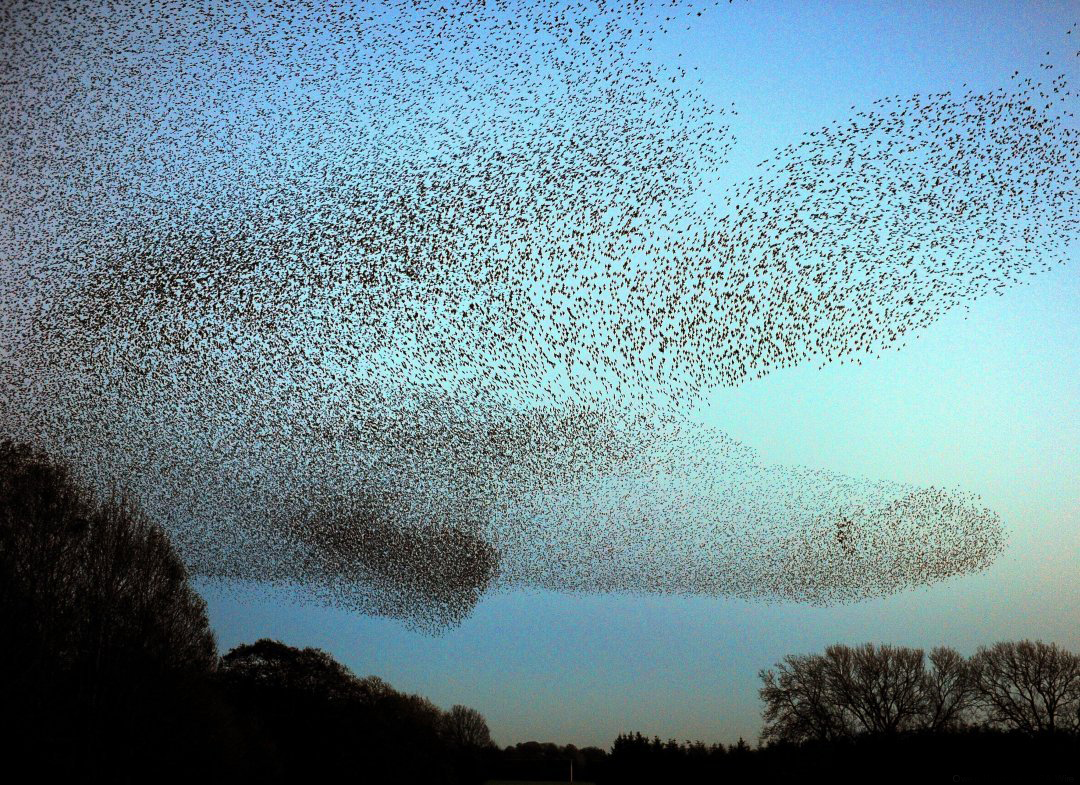