50% Reversal Of Alzheimer’s In Mice In 3 Days, And Boosting Memory By Stimulating Your “Golden Gate”

This past Thursday scientists revealed that a skin cancer drug known as bexarotene, a drug used to treat a type of skin cancer called cutaneous T-cell lymphoma, had dramatically reversed Alzheimer’s in mice within 72 hours.  In 3 short days, researchers noticed a 50% reduction in amyloid plaque — a hallmark of Alzheimer’s disease — as well as huge improvements in memory.  Scientists at Case Western Reserve University School of Medicine made the discovery, and explained how mice with Alzheimer’s would return again and again to a cage which would jolt them with an electrical shock, but after treatment with bexarotene the mice would remember to avoid the cage.  Another way the researchers mark the progress of the mice’s brains is through the use of tissue paper.  When pieces of tissue paper are added to their environment, healthy mice always incorporate them into their nest, while Alzheimer’s mice are never able to make this simple intuitive leap.  After treatment with the drug, the Alzheimer’s mice quickly began intelligent use of the paper once again.

The fact that bexarotene has been around for some time means that it can be used immediately in human trials for Alzheimer’s patients.  With regards to the surprising discovery, Gary Landreth, the lead researcher at Case Western warned CNN: “I want to say as loudly and clearly as possible that this was a study in mice, not in humans,” he said. “We’ve fixed Alzheimer’s in mice lots of times, so we need to move forward expeditiously but cautiously.”  Landreth said his lab had been working on other drugs for Alzheimer’s for 10 years when a graduate student, Paige Cramer, decided to try bexarotene, which works on a receptor involved in amyloid beta clearance. Some other drugs that worked in mice were too toxic to use in humans.  “We’re really lucky that bexarotene is a great drug with an acceptable safety profile,” he said. “This doesn’t happen very many times in life.'”

In other interesting Alzheimer’s-related news, UCLA neuroscientists have demonstrated that they can strengthen memory in human patients by stimulating a critical junction in the brain known as the entorhinal cortex.  This small area is considered the doorway to the hippocampus, which helps form and store memories, and the entorhinal cortex plays a crucial role in transforming daily experience into lasting memories.  “The entorhinal cortex is the golden gate to the brain’s memory mainframe,” explained senior author Dr. Itzhak Fried, professor of neurosurgery at the David Geffen School of Medicine at UCLA. “Every visual and sensory experience that we eventually commit to memory funnels through that doorway to the hippocampus. Our brain cells must send signals through this hub in order to form memories that we can later consciously recall.”  The experiment that was designed by the researchers is absolutely fascinating — involving taxi cabs, video games, virtual cities, and subjects suffering from seizures, and you can read the amazing story in full by visiting Science Daily.  To learn more about the bexarotene mice experiments be sure to visit CNN.  For more incredible stories about the human brain simply head over to The Human Brain On FEELguide.

SEE ALSO: Did You Know: What Happens To Your Body And Brain On Pot
SEE ALSO: Nicotine Patches & Living A “Joyous Life” In Your 30s/40s Can Prevent Dementia
SEE ALSO: Forbes Looks At The Top 5 Mindblowing Developments In Neuroscience: From Erasing Memories To Moral Magnets 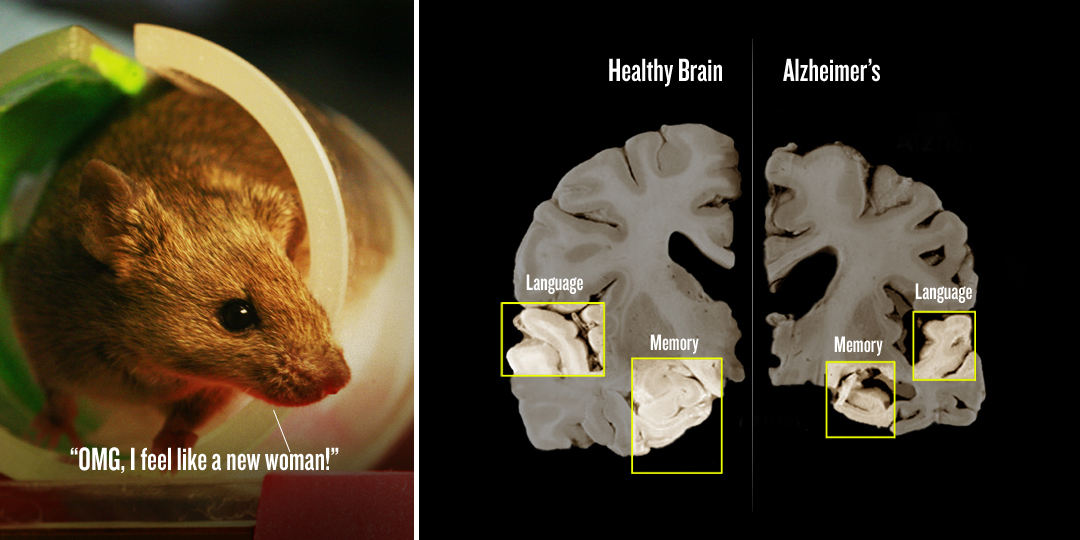