It would be difficult to deny we are enjoying the fruits of an exceptional age of electronic music resurgence.  In a feature published just this morning, FADER writes: “Everything goes in cycles, and right now we’re currently somewhere in the late-middle period of a heavy electronic music resurgence. Everyone involved is obsessed with talking about the textures of their music, and even more obsessed with acquiring vintage synthesizers to tool around with. We’ve gone to shows with stacked bills and seen not one guitar being used for an entire night. Much of this music has been coming from forward-thinking British artists, but there’s also a strong population of Americans making their own screwed up, personal versions of more traditional electronic music. The sounds of house and techno that began in Chicago and Detroit before migrating to the UK and to Germany are now returning home.”  In their terrific article, FADER takes a look at four record labels which they feel are at the forefront of this incredible chapter in electronic music’s history (in no particular order).

1) FUTURE TIMES (based in Washington D.C.):  Run by Andrew Field-Pickering amd Mike Petillo, and based out of the very same suburban home where Andrew grew up.  All Future Times records are embedded with a deep, deep love of not just disco and house, but all electronic music. “There’s an intent,” Field-Pickering tells FADER of the label, “but I couldn’t tell you what that intent is, necessarily. There’s a sound that’s Future Times, but I don’t know how to tell you what that is off the top.”  He and Petillo are knowledgeable about the material they’re influenced by, but not to a fault.  Instead, everything they do is tinged by scrappy, homemade excitement. “We listen to house music at home,” Field-Pickering says. “It’s where you hear it. At 9AM, you wake up and you put on the most ferocious techno. That’s so tight. You can imagine yourself dancing to it in a club, but mostly you’re just finding out about it.”  Visit FutureTimes.org and follow them on Facebook.

2) SOFTWARE (based in New York City):  Renowned music producer Dan Lopatin and longtime collaborator Joel Ford started Software in February 2011.  Like Upstairs, Software—an offshoot of Brooklyn’s Mexican Summer—is an experiment in electronic music with a mission to present a diverse array of sounds united by common tools and a vibe of “comfortable weirdness”.  Like archeologists and alchemists, Ford and Lopatin unearth historical artifacts, interpret them and then experiment with them. Explaining a new Software release they’re working on, Lopatin breaks down this pseudo-science. “It’s Laurel Halo playing piano, plus acid house, plus singing. It’s like the most inappropriate thing ever and it fucking works.” Then he compares another project to goo.  Visit SoftwareLabel.net and follow them on Facebook.

3) 100% SILK (based in Los Angeles):  Britt and Amanda Brown are a husband-wife duo who live and work out of their Highland Park home where they also run the gutsy underground label Not Not Fun.  She co-founded Pocahaunted with Bethany Cosentino of Best Coast; he’s a vet of drone duo Robedoor; together, with Nick Malkin, they continue to spin webs of gothic psychedelia under the name LA Vampires.  Being in bands is important, but since starting Not Not Fun seven years ago, the label stuff has become their true work.  The idea for 100% Silk came out of a desire to push that work even further. There was plenty of psych-rock, garage and noise floating around the NNF world, but Amanda became curious about stuff she loved that she wasn’t hearing much of: hip-hop, dance and R&B.  Visit ListenToSilk.com and follow them on Facebook.

4) FADE TO MIND (based in Los Angeles):  Founded by Ezra Rubin (a.k.a. Kingdom), Ashland Mines (a.k.a. Total Freedom), and Nguzunguzu.  “We were influencing each other from the start, pulling and pushing each other into the same emotional sphere, club music that’s a little sad, sexy and scary.” They were all busy releasing on different labels, and the thought of branding their scene hadn’t crossed anyone’s mind. But when friend and DJ Will Boston (aka Prince William, now a Fade to Mind co-runner) encouraged him to formalize their work with a label, Rubin could see the benefits: creating a consistent aesthetic, giving people something definite to latch onto, solidifying it into a movement. The label’s name is a reference to both the barbershop fades Boston and Rubin are obsessed with and the state of mind FTM hopes to induce in listeners. “I think good music makes you fade into a subconscious zone, or when you smoke weed you fade to mind, or when you have sex—just those kinds of experiences that take you into a deeper mind state,” says Rubin.  Visit FadeToMind.net and follow them on Facebook.

To read FADER’s entire brilliant feature be sure to CLICK HERE.  I’ve attached a couple of my favorite tracks from these four terrific labels, including Oneohtrix’s “Power Of Persuasion” (via Software), Teengirl Fantasy’s “Cheaters” (a remix by Beautiful Swimmers Shoulda Known) from the Future Times Label, and Maria Minerva’s “A Little Lonely” (via 100% Silk). With so much to choose from it was tough picking just three. 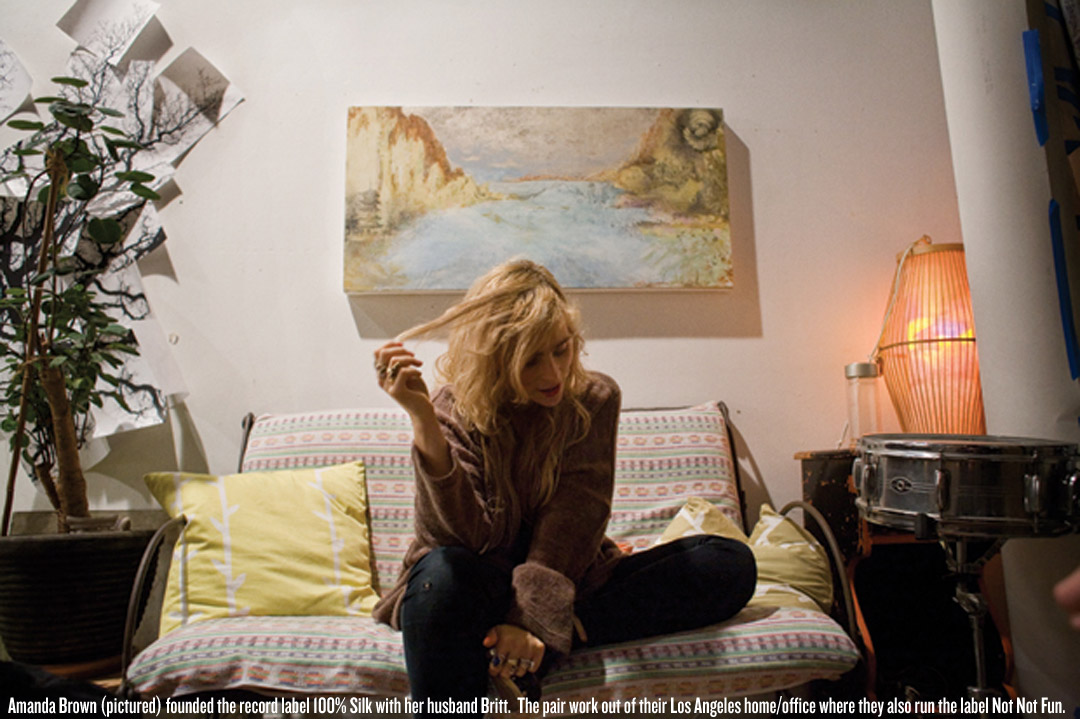