Scientists are mystified by a very strange object that recently fell out of space and landed in a remote region of Namibia.  It was found by a farmer near Onamatunga in the Omunsati region between November 15 and November 20.  The large metallic ball is 13.25″ in diameter, 43″ in circumference, weighs 13 pounds, and has two bumps on its poles.  It is made of an “extremely sophisticated metal alloy known to man” and it evidently landed extremely hard — it bounced at least once, resting 60 feet away from the original landing point where it had caused a crater 1-foot deep and 12-feet wide.  Explosions were also heard in the area before the discovery.  The National Forensic Science Institute, NASA, and the European Space Agency are busy trying to pinpoint the origin of the object.  Early tests confirm that the object is hollow.  Apparently several similar objects have fallen across the southern hemisphere (in Australia and Latin America as well as elsewhere in Africa) over the past couple of decades. 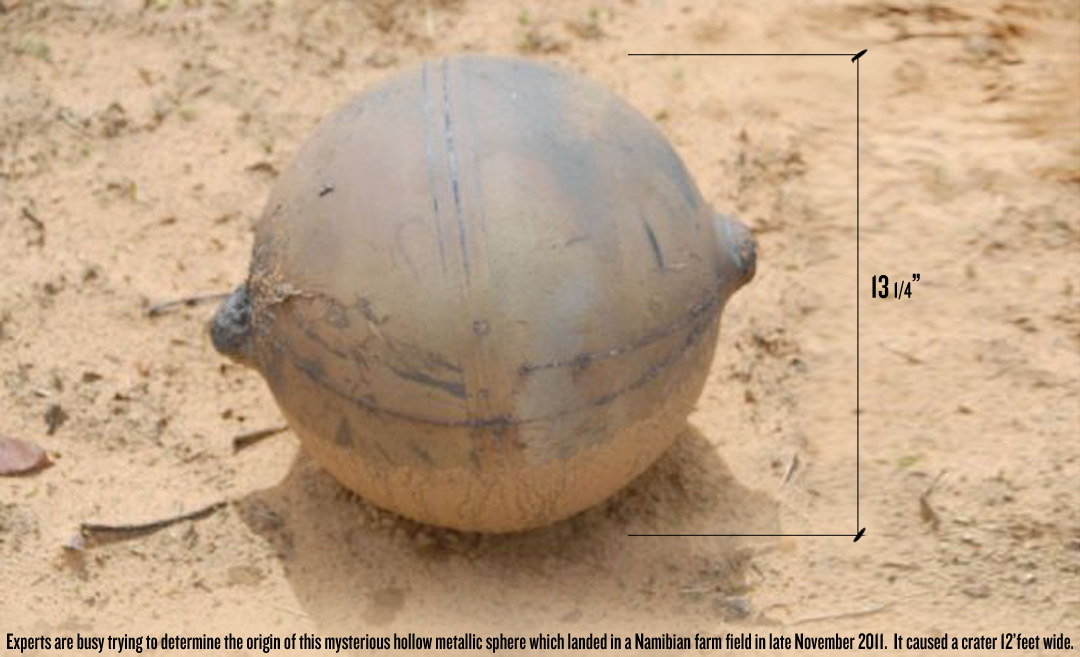