The Unlikely Story Of How Mozart’s Piano Concerto No.21 Saved A Punk Rock Band From Murder

This morning I was listening to Julie Nesrallah‘s always-amazing classical radio show Tempo on CBC Radio2 and she was telling the story of a punk rock band that had nearly fallen off the edge, with the band almost killing each other one night during a sound check.  She painted a perfect picture of a group of hard core punk rockers whose nerves were already stretched to the max as they found themselves in some buttfuck town in the middle of nowhere as they were setting up their equipment for a show later on that night.  Nothing was going right, there wasn’t a single band member that didn’t want to kill a fellow band mate, and the tension was so thick you could have cut it with a switchblade.  The shit really hit the fan when the sound guy couldn’t take the disastrous sound check any longer and went postal — it was the straw that broke the camel’s back and before you knew it, a Looney Tunes-style tornado of mohawks, leather pants, blood, and fist-a-cuffs erupted on stage.  Somehow, the more zenlike DJ had managed to keep his distance, and as he watched his buddies pound each other’s brains out (and in all likelihood standing zero chance of being physically capable of breaking up the chaos with his bare hands) there was only one thing to do.  The DJ pressed play on Mozart’s Piano Concerto No.21 and before you could say the words “Cannibal Corpse,” a hushed cloud of silence began to emerge out of the furious bandmates.  Although they didn’t start braiding one another’s hair, or painting each other’s toe nails, they did manage to patch things up in their own manly way and went on to play one of the best shows of their tour.  So the next time you witness a similar conflict brewing near you, all you have to do is press play below.  To listen to the best damn classical music show in the world, tune into Tempo online weekdays at 9:00am EST at CBC Radio 2’s Tempo.  For a better understanding of what exactly you’re hearing when you’re listening to Mozart’s Piano Concerto #21 CLICK HERE. 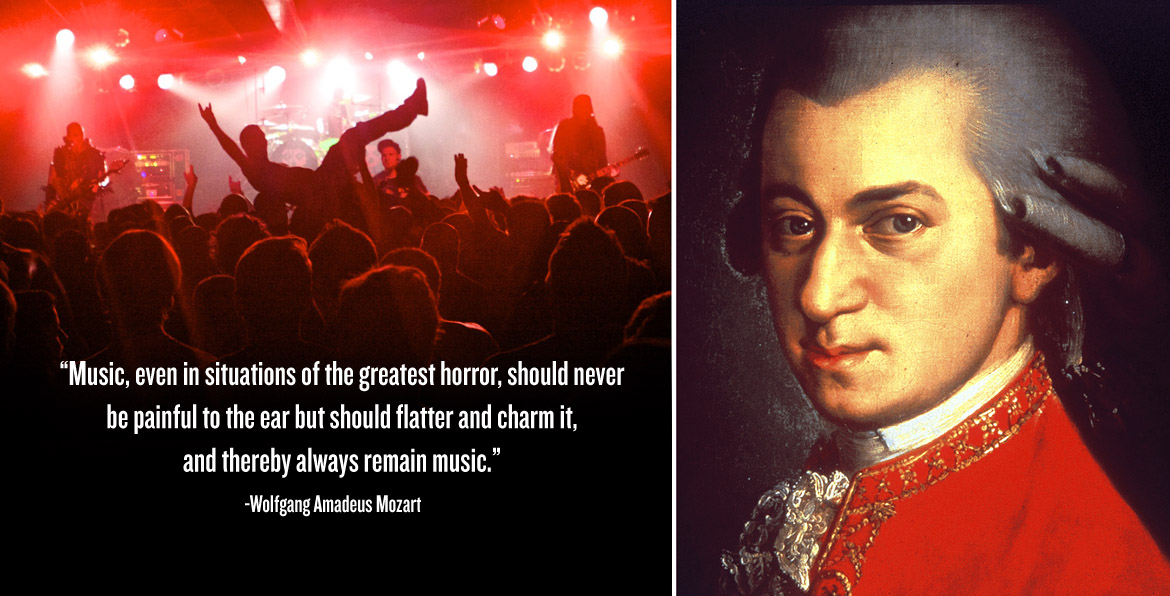 Previous post:
Watch This Amazing Interview Between Charlie Rose And General Jim Jones About Pakistan And Iran Next Post:
PBS Airs Brand New Follow Up To “Alone In The Wilderness” About Alaskan Outdoorsman Dick Proenneke