Producing a worthy trailer for an upcoming theatrical release is an art in its own right, and all too often we are underwhelmed by trailers that fail to capture that elusive magic in a bottle that is so critical to generating the all-important buzz for a film.  There is an entire side industry in Hollywood dedicated solely to crafting these 2-minute hors d’hoeuvres which can make or break a movie’s early audience reaction.  So whoever is responsible for this brand new trailer for Universal’s upcoming film Snow White And The Huntsman I have two words to say: “WOW” and “BRAVO!”  The producers have hit a major home run here, providing us with one of those rare examples of a trailer that has literally blown everyone’s socks off, both fans and critics alike.  There are currently three film versions of the Brothers Grimm Snow White fairytale set to be released in the coming months (including Tarsem Singh’s Mirror Mirror), but as of today it looks as if Universal’s version, directed by Rupert Sanders, has sucked all of the oxygen out of the room.  And with good reason — you can see for yourself below.  Snow White And The Huntsman hits theaters on June 1, 2012.  You can follow the film by visiting its website at SnowWhiteAndTheHuntsman.com, and to see the trailer in high definition you can visit Apple. 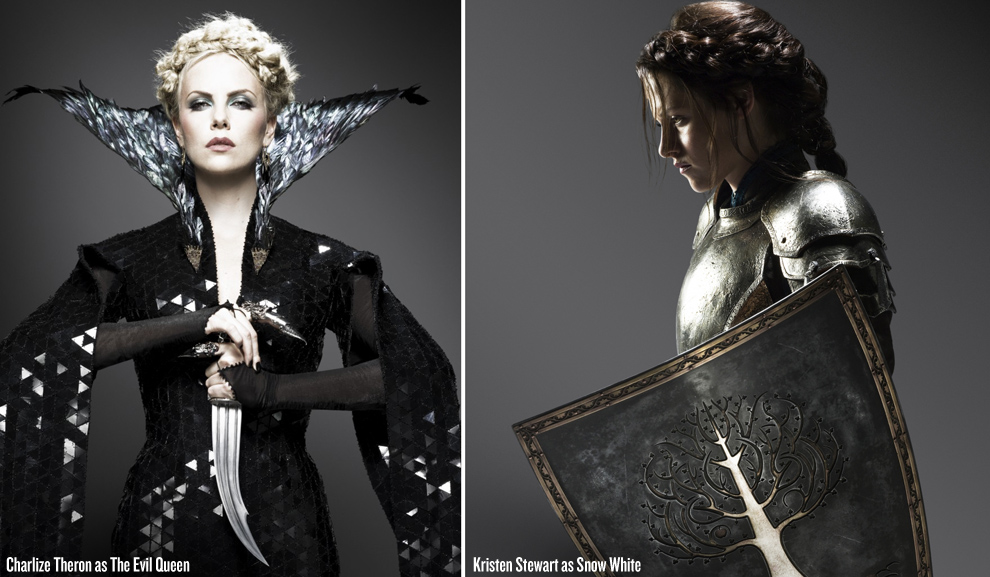 Previous post:
Optical Illusion Of The Day: The Image That Vanishes Before Your Eyes Next Post:
Joe Paterno Fired For Moral Bankruptcy In Sex Abuse Scandal, So Let’s Fire The Pope Immediately Too