Lynne Ramsay’s critically acclaimed new film We Need To Talk About Kevin just won the top prize at BFI London yesterday.  The riveting and bold drama is an adaptation of Lionel Shriver‘s 2003 novel starring Tilda Swinton as a mother of a psychopathic son who has just committed a horrific act.  BFI London director John Madden told the Guardian, “In the end, we were simply bowled over by one film – a sublime, uncompromising tale of the torment that can stand in the place of love. ‘We Need to Talk About Kevin’ is made with the singular vision that links great directors across all the traditions of cinema.”  After its first screening in Cannes the Guardian’s Peter Bradshaw gave it five stars and called it “a brilliantly nihilist, feminist parable.”  As part of the North American marketing campaign for Kevin, Oscilloscope gave the team at HitFlix the first exclusive look at the brand new gorgeous poster for Kevin. The film hits theaters in New York and Los Angeles on December 9, 2011.  Other winners at BFI London included the Best Documentary Award which was presented to Werner Herzog for Into the Abyss: A Tale of Death, A Tale of Life, which examines the death penalty through murders committed in Conroe, Texas.  And two BFI Fellowships were presented as well.  One presented to actor Ralph Fiennes, who was at the festival with Coriolanus, in which he directed and starred; and the second to director David Cronenberg, whose psychoanalysis film A Dangerous Method got its UK premiere earlier this week.

SEE ALSO: “We Need To Talk About Kevin” With Music By RADIOHEAD’s Johnny Greenwood
SEE ALSO: Director Lynne Ramsay Speaks To BBC About Her Next Film: “Moby Dick” In Space
SEE ALSO: Werner Herzog’s “Into The Abyss”A Surreal,Unflinching Look At Capital Punishment 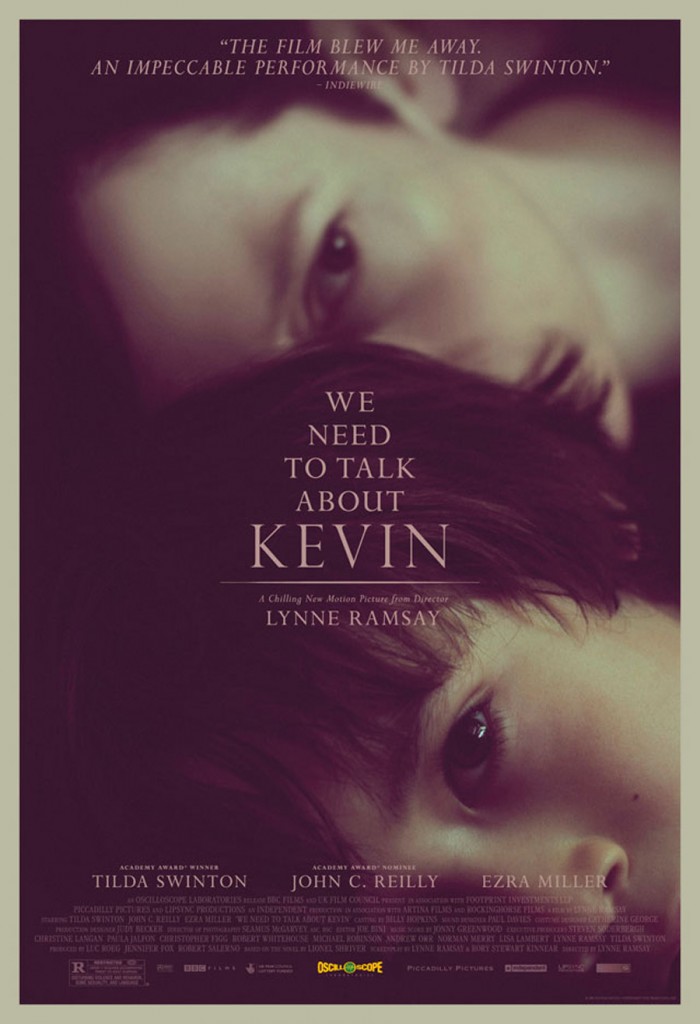