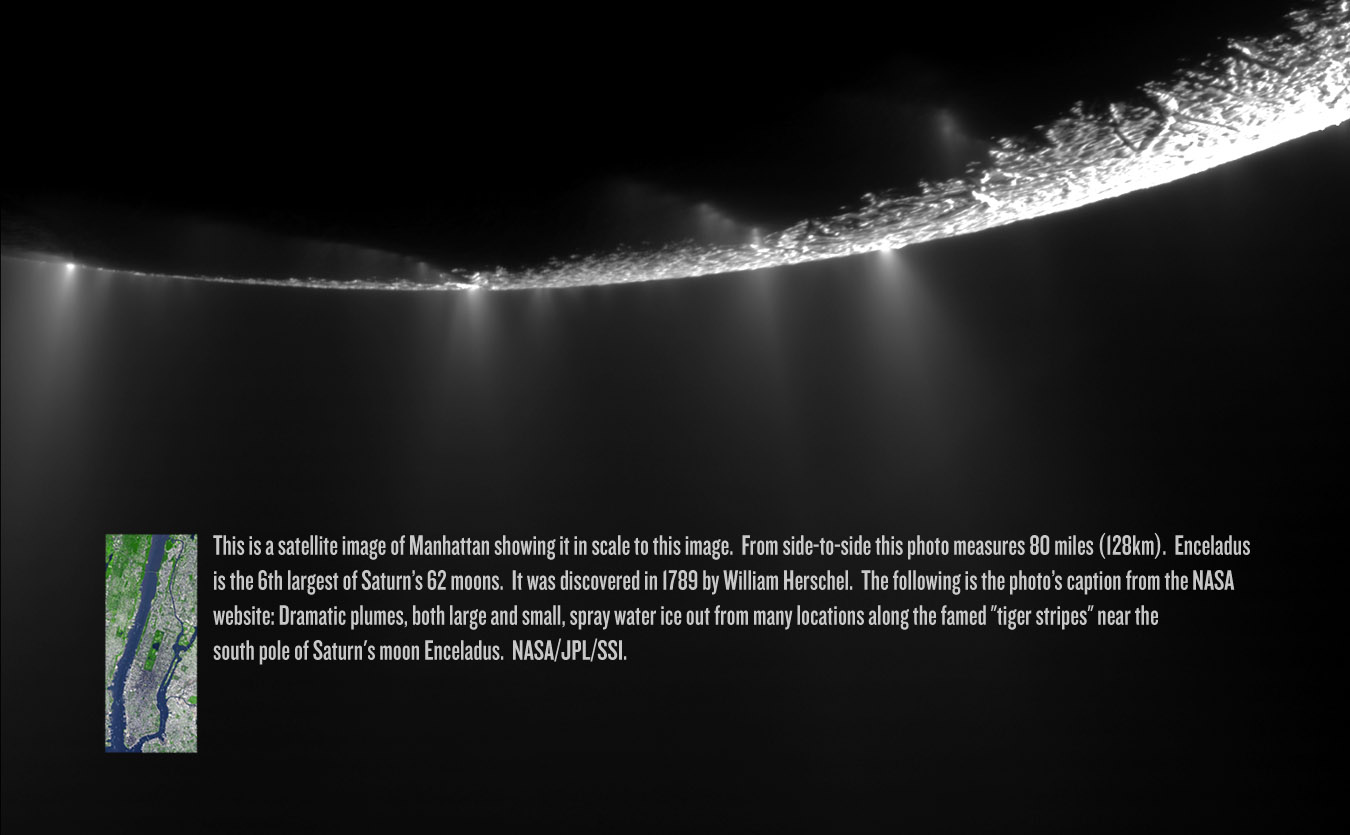 First published on NASA’s Cassini Mission website (October 18, 2011)  ☛  Dramatic plumes, both large and small, spray water ice out from many locations along the famed “tiger stripes” near the south pole of Saturn’s moon Enceladus. The tiger stripes are fissures that spray icy particles, water vapor and organic compounds.  More than 30 individual jets of different sizes can be seen in this image and more than 20 of them had not been identified before. At least one jet spouting prominently in previous images now appears less powerful.

This mosaic was created from two high-resolution images that were captured by the narrow-angle camera when NASA’s Cassini spacecraft flew past Enceladus and through the jets on Nov. 21, 2009. (For other images captured during the same flyby, CLICK HERE and HERE). Imaging the jets over time will allow Cassini scientists to study the consistency of their activity. The south pole of the moon lies near the limb in the top left quadrant of the mosaic, near the large jet that is second from left. Lit terrain seen here is on the leading hemisphere of Enceladus (504 kilometers, 313 miles across).  Cassini scientists continue to study the question of whether reservoirs of liquid water exist beneath the surface of the moon (to learn more about this CLICK HERE and HERE).  The view was obtained at a distance of approximately 14,000 kilometers (9,000 miles) from Enceladus and at a sun-Enceladus-spacecraft, or phase, angle of 145 degrees. Image scale is 81 meters (267 feet) per pixel. The Cassini-Huygens mission is a cooperative project of NASA, the European Space Agency and the Italian Space Agency. The Jet Propulsion Laboratory, a division of the California Institute of Technology in Pasadena, manages the mission for NASA’s Science Mission Directorate in Washington. The Cassini orbiter and its two onboard cameras were designed, developed and assembled at JPL. The imaging team is based at the Space Science Institute, Boulder, Colorado.

For more information about the Cassini-Huygens mission CLICK HERE and HERE. Be sure to also visit the Cassini imaging team homepage by CLICKING HERE.  I’ve also attached this stunning video put together by Chris Abbas who painstakingly assembled images from Cassini’s mission to create this gorgeous animation.  And it was on his Vimeo page where I just discovered this beautiful quote from the late great Carl Sagan: “Somewhere, something incredible is waiting to be known.” 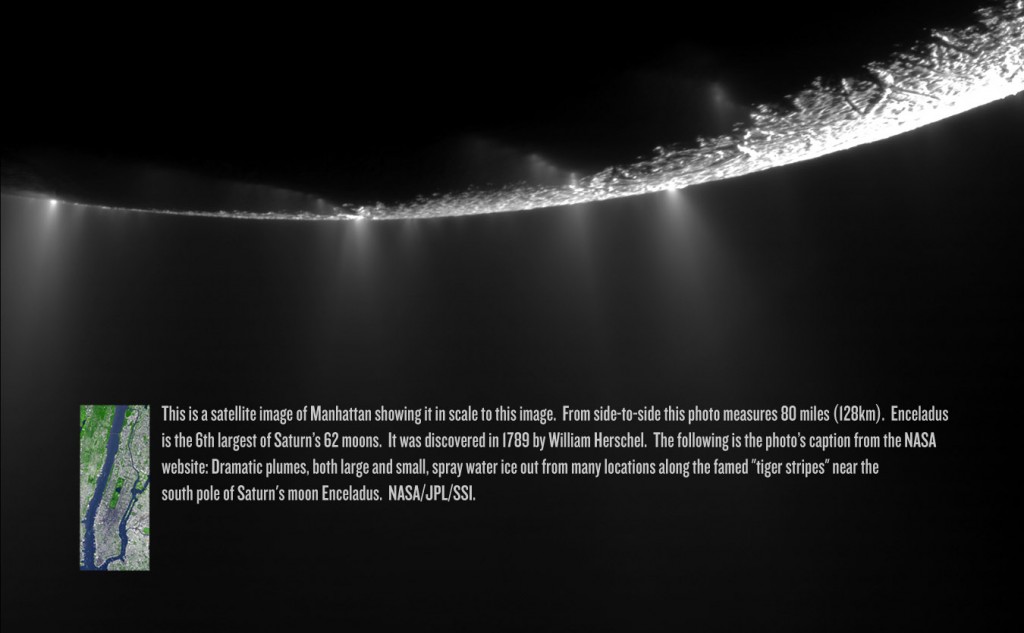 Previous post:
INTELLIGENT LIFE Asks “What Was The Best Time And Place To Be Alive?” Next Post:
Quotalicious