During the recent Fall/Winter 2011-12 Paris Couture Show, the uber VIP fashion elite got a glimpse of a newcomer that comes along once in a lifetime — if you’re lucky.  The designer’s name is Iris Van Herpen, a 27-year-old fashion designer who was born in the Netherlands, and graduated from the prestigious fashion school ARTEZ.  Upon graduating, Van Herpen landed two dream internships at both Claudy Jongstra and Alexander McQueen, and those experiences clearly left a major mark on her design sensibilities.  What captivated the audience so much during Van Herpen’s couture debut is her extraordinary gift for merging the qualities of hand-worked materials with the sublime potentials of new digital technology.  For her collection, which she entitled “Capriole”, she presented five architectural looks which were researched and developed with architects Isaie Bloch and MGX whom she worked closely with in order to fuse the materiality of the technological with the materiality of the traditional.  The entire world is now raving about Iris Van Herpen’s future with the Washington Post boasting, “No other designer on day one of the three-day-long couture calendar came anywhere near to pushing the envelope as far as Iris Van Herpen.” Ladies and gentlemen, I think we just found our next fashion legend.  HO. LY. SHIT. 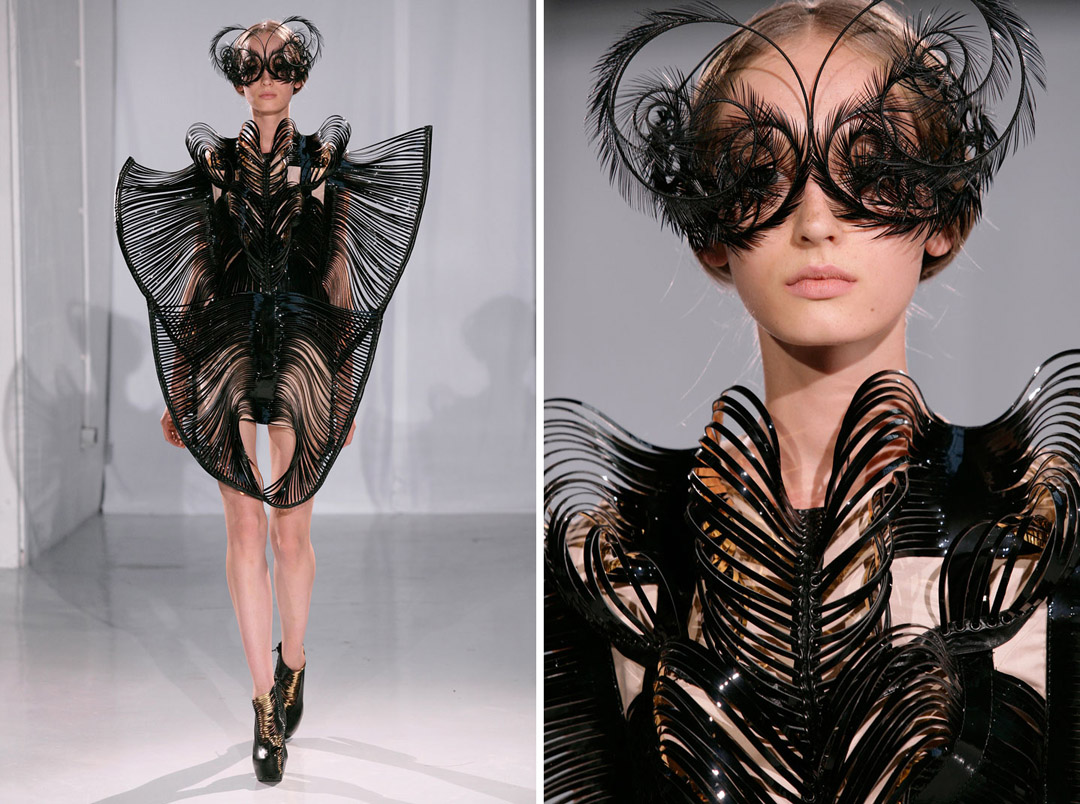 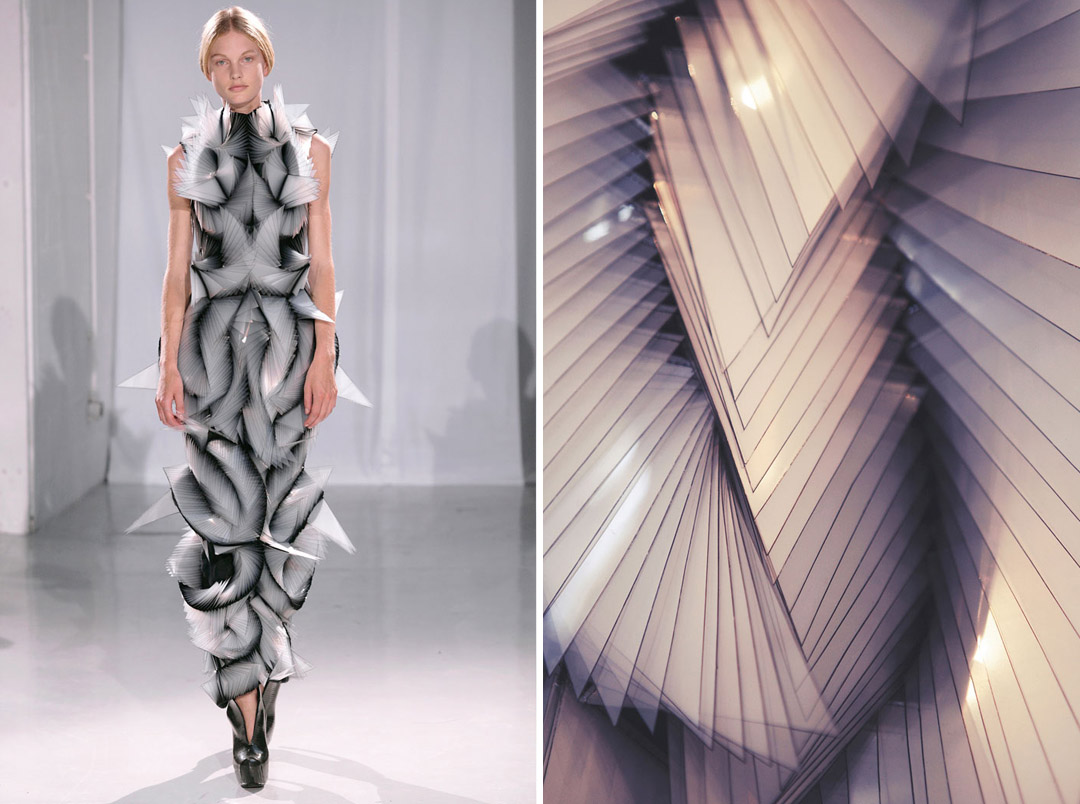 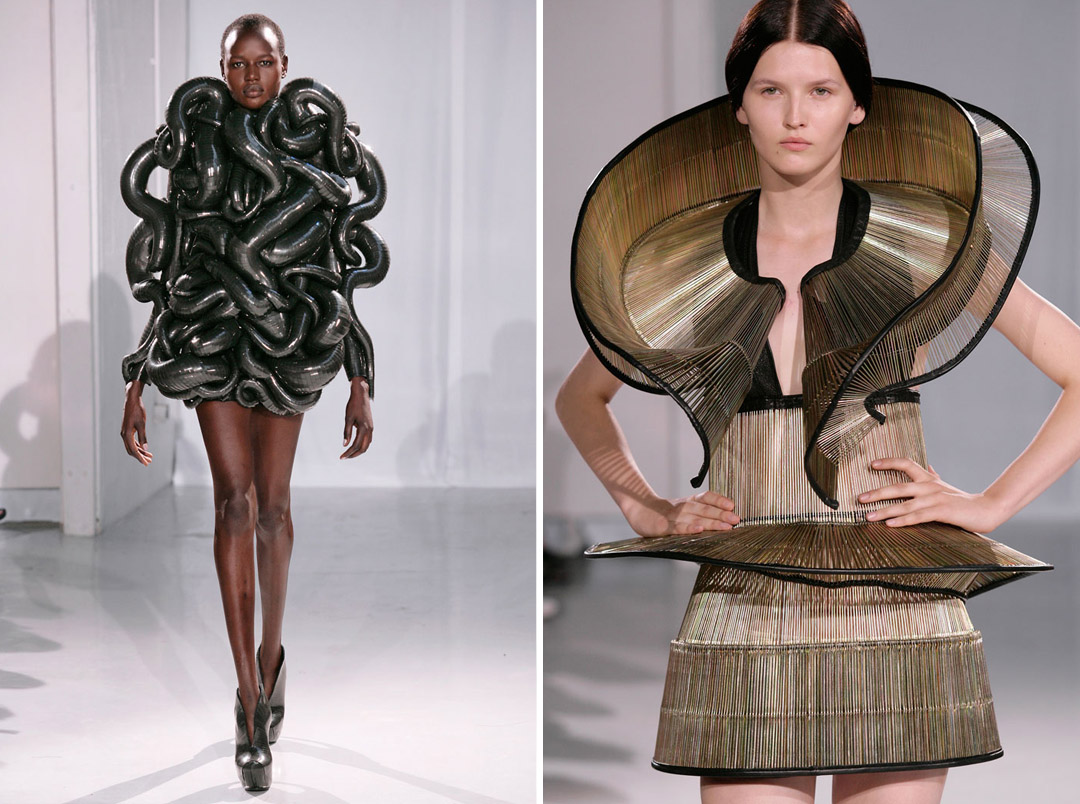 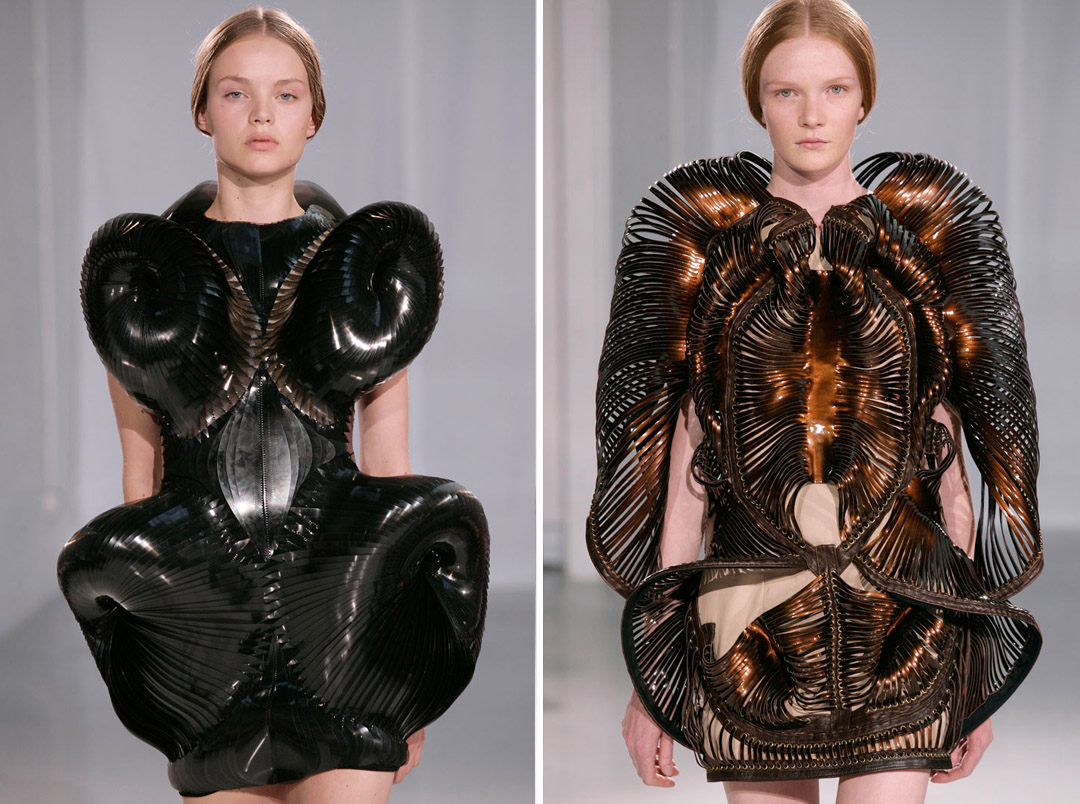 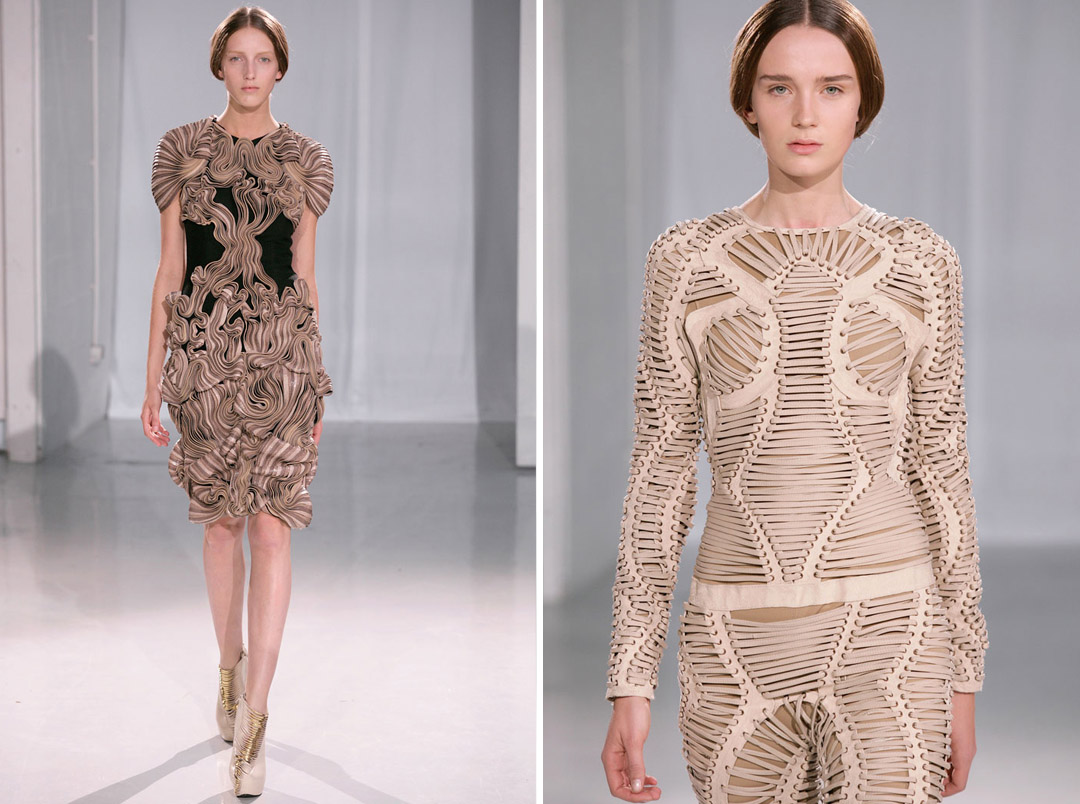 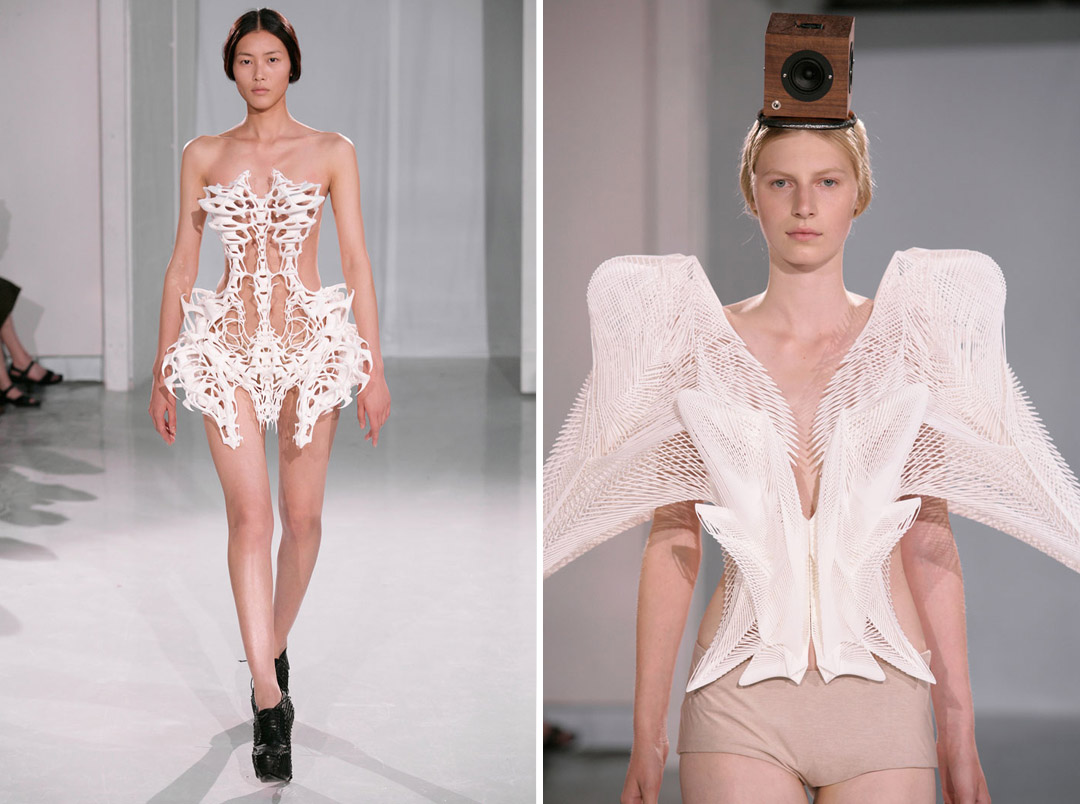 Previous post:
Watch This Stunning Sound-Based Travel Video “Under The Clouds” By Gioacchino Petronicce Next Post:
Katharine Hepburn’s Estate Can Be Yours For $28 Million