The Plutchik Emotion Circumplex And The 8 Primary Bipolar Emotions

Robert Plutchik (1927 – 2006) was Professor Emeritus at the Albert Einstein College of Medicine and adjunct professor at the University of South Florida. He received his Ph.D. from Columbia University and he was also a psychologist. He has authored or coauthored more than 260 articles, 45 chapters and eight books and has edited seven books, and the primary focus of his research included the study of emotions, the study of suicide and violence, and the study of the psychotherapy process. Plutchik’s psychoevolutionary theory of emotion is one of the most influential classification approaches for general emotional responses, where he considered there to be eight primary emotions: anger, fear, sadness, disgust, surprise, anticipation, trust, and joy. He proposed that these ‘basic’ emotions are biologically primitive and have evolved in order to increase the reproductive fitness of the animal. Plutchik argues for the primacy of these emotions by showing each to be the trigger of behaviour with high survival value, such as the way fear inspires the fight-or-flight response. Plutchik first proposed his cone-shaped model (3D) and the wheel model (2D) in 1980 to describe how emotions were related. He suggested 8 primary bipolar emotions:

Joy vs. Sadness
Anger vs. Fear
Trust vs. Disgust
Surprise vs. Anticipation

Additionally, his circumplex model makes connections between the idea of an emotion circle and a color wheel. Like colors, primary emotions can be expressed at different intensities and can mix with one another to form different emotions. Absolutely stunning. 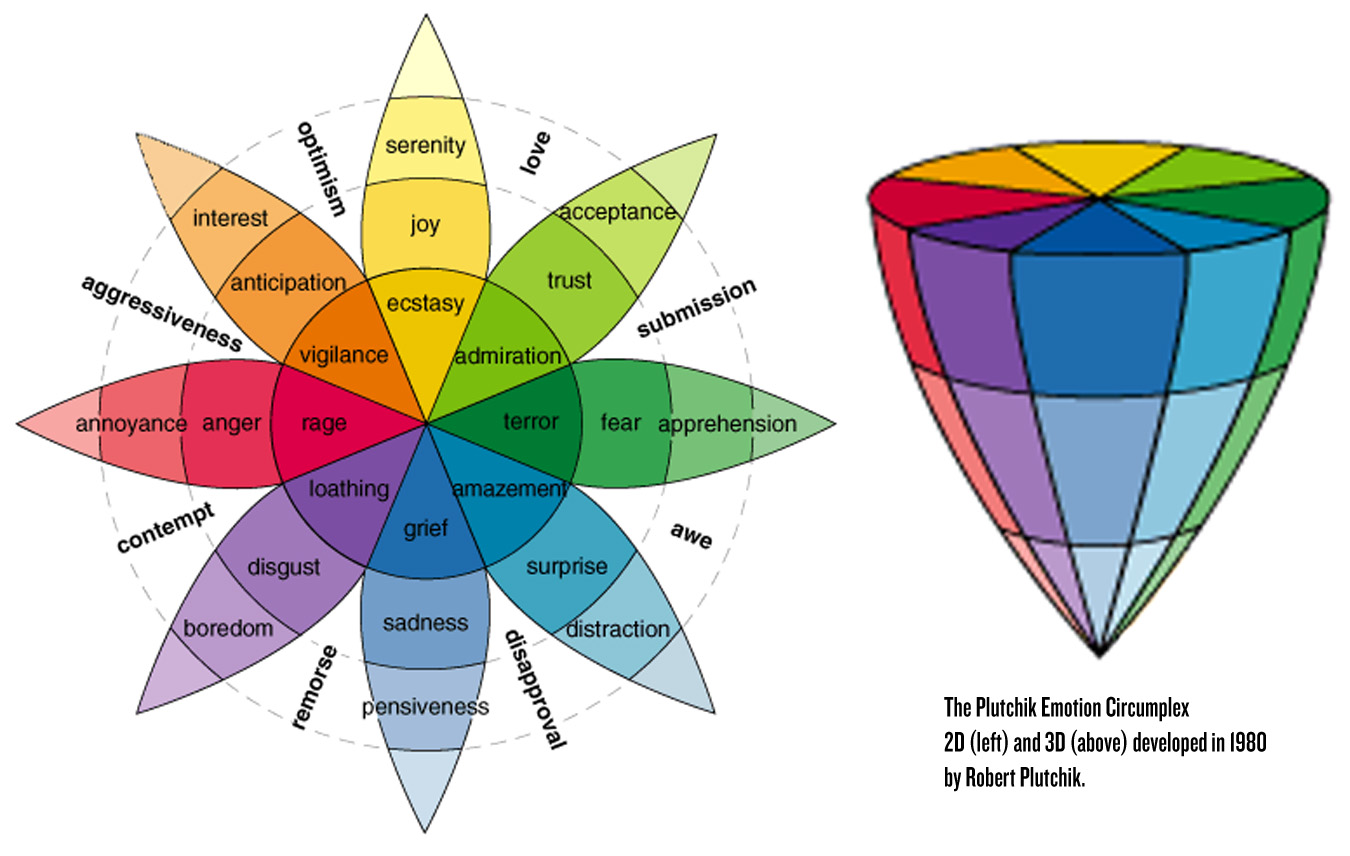