Hans Zimmer could record himself taking a shit and it would probably sound brilliant.  His score for INCEPTION, most notably his piece entitled “Time”, is one of the greatest film compositions I have ever heard.  All the more reason for Hans to be ranked as one of the World’s Top 100 Living Geniuses.  So when I came across this stunning timelapse by Dominic Boudreault, I just about came in my pants.  Throughout the first few months of 2011, Dominic shot the following cities with his high definition camera (not sure exactly which model he used): Toronto, Montreal, Quebec City, Manhattan, and Chicago.  I almost got a hard on when I saw the clips of Montreal because I don’t often see footage this gorgeous of the town I’ve called home for the past 10 years.  The other 4 cities are equally drool-worthy and Dominic is getting some major attention because of his beautiful work.  He recently was interviewed by MSNBC, and on his Vimeo page (HERE) you can find a link to it.  You will also see a link to his website which you should definitely check out at DominicBoudreault.com. Brilliant job Dominic. 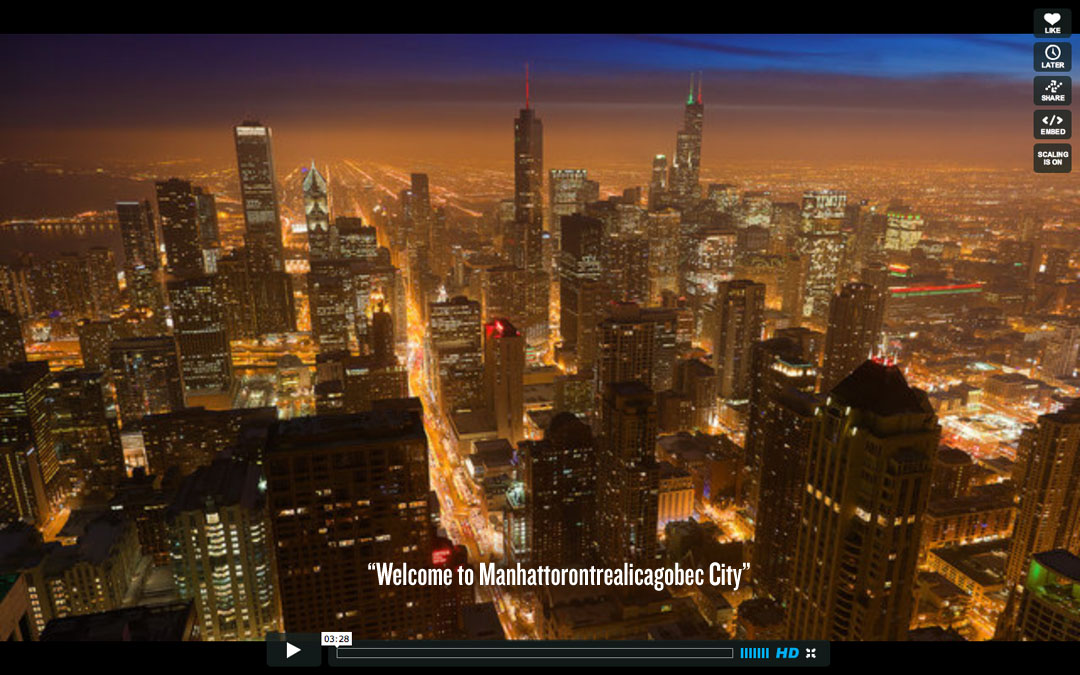