Eight Years In The Making: Testing Now Begins On The Gold And Beryllium Mirrors Of The Mindblowing James Webb Telescope (The Superman Of All Telescopes)

This just gave me goosebumps.  Last fall I wrote a post about the upcoming James Webb Telescope, NASA’s next-generation space observatory and successor to the Hubble Space Telescope (for astronomers this is the equivalent of ditching your grandpa’s old ’88 rusted out Buick for the 918 Porsche Spyder Hybrid). The superpower of this new telescope rests on its 18 hexagonal mirrors made of computer-drilled beryllium that is unimaginably thin, coated with an even more unimaginably thin layer of gold for ultimate reflectivity.  The mirrors will be sent to a facility in Alabama where scientists will test 6 hexagons at a time.  The first 6 begin testing this week (they are being loaded into the chamber as I write this post), the next 6 arrive in July, and the final 6 arrive in the fall.  Here’s a few details about the telescope and its testing from NASA’s website:

… Each mirror segment measures approximately 4.3 feet (1.3 meters) in diameter to form the 21.3 foot (6.5 meters), hexagonal telescope mirror assembly critical for infrared observations. Each of the 18 hexagonal-shaped mirror assemblies weighs approximately 88 pounds (40 kilograms). The mirrors are made of a light and strong metal called beryllium, and coated with a microscopically thin coat of gold to enabling the mirror to efficiently collect light. During cryogenic testing, the mirrors are subjected to extreme temperatures dipping to minus 415 degrees Fahrenheit (-248C) in a 7,600 cubic-foot (approximately 215 cubic meter) helium-cooled vacuum chamber. This permits engineers to measure in extreme detail how the shape of the mirror changes as it cools. This simulates the actual processes each mirror will undergo as it changes shape over a range of operational temperatures in space.

The most powerful space telescope designed, Webb will observe the most distant objects in the universe, provide images of the very first galaxies ever formed and help identify unexplored planets around distant stars. The telescope will orbit approximately one million miles from Earth. The telescope is a combined project of NASA, the European Space Agency and the Canadian Space Agency. Northrop Grumman is the prime contractor under NASA’s Goddard Space Flight Center in Greenbelt, Md. Ball Aerospace & Technologies Corp. in Boulder, Colo., is responsible for mirror development. L-3- Tinsley Laboratories Inc. in Richmond, Calif. is responsible for mirror grinding and polishing.

The most delicate part of the mission will be when the telescope and its giant heat shields unfurl out of the rocket that will carry them into orbit (see video below). Even a small technical glitch could render the $5-billion observatory inoperable. The James Webb Telescope is scheduled for launch in 2014 or 2015, with a mission length of 5 years (goal) to 10 years (goal). Its final weight will be 14,000 pounds (6,200 kg).  That’s roughly the same weight as 5 Toyata Prius cars. To learn more you can visit WebbTelescope.org.

SEE ALSO: If You Thought The Hubble Telescope Was Awesome Wait Until You See This 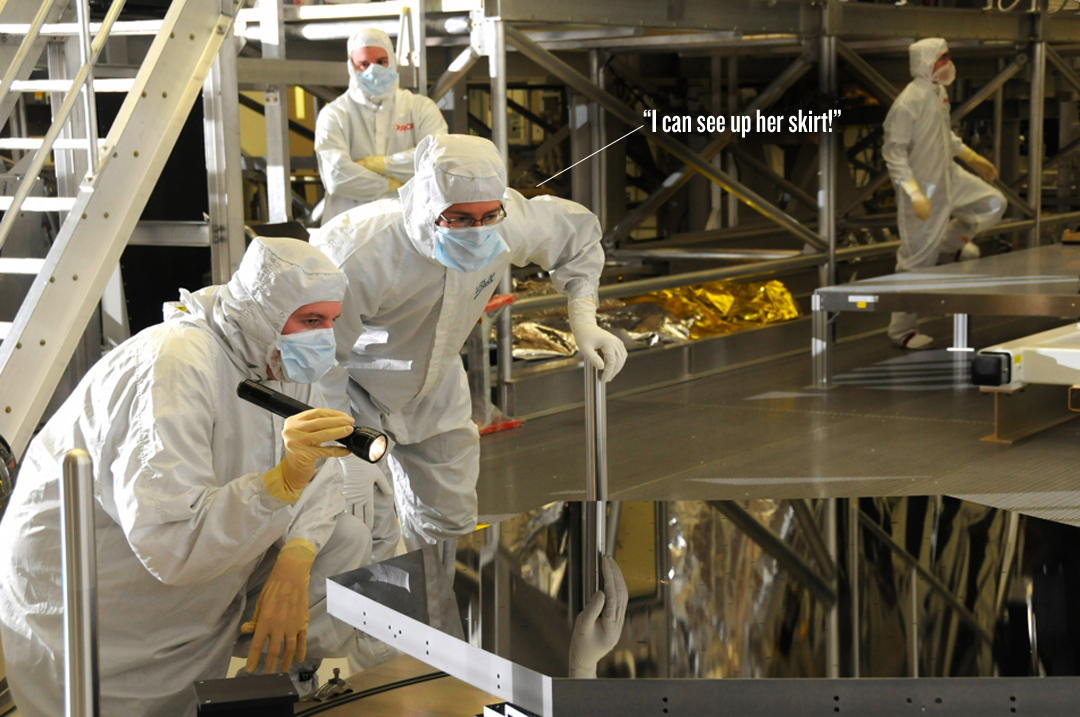 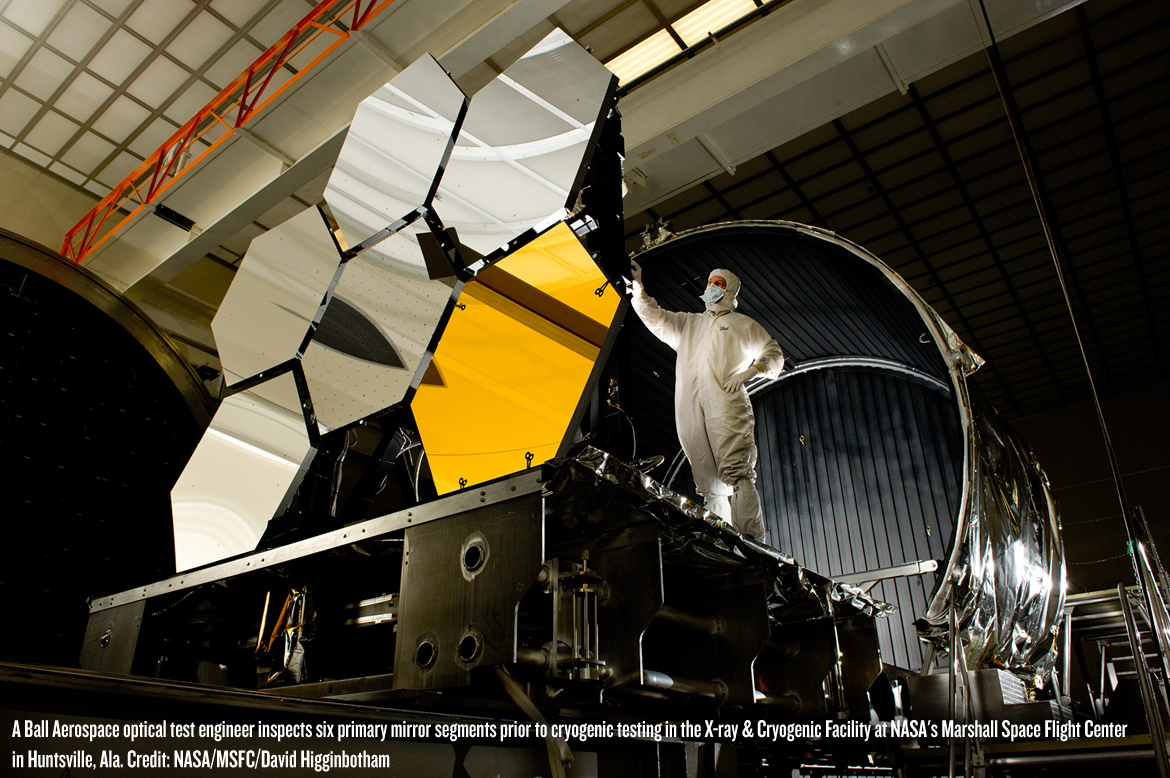 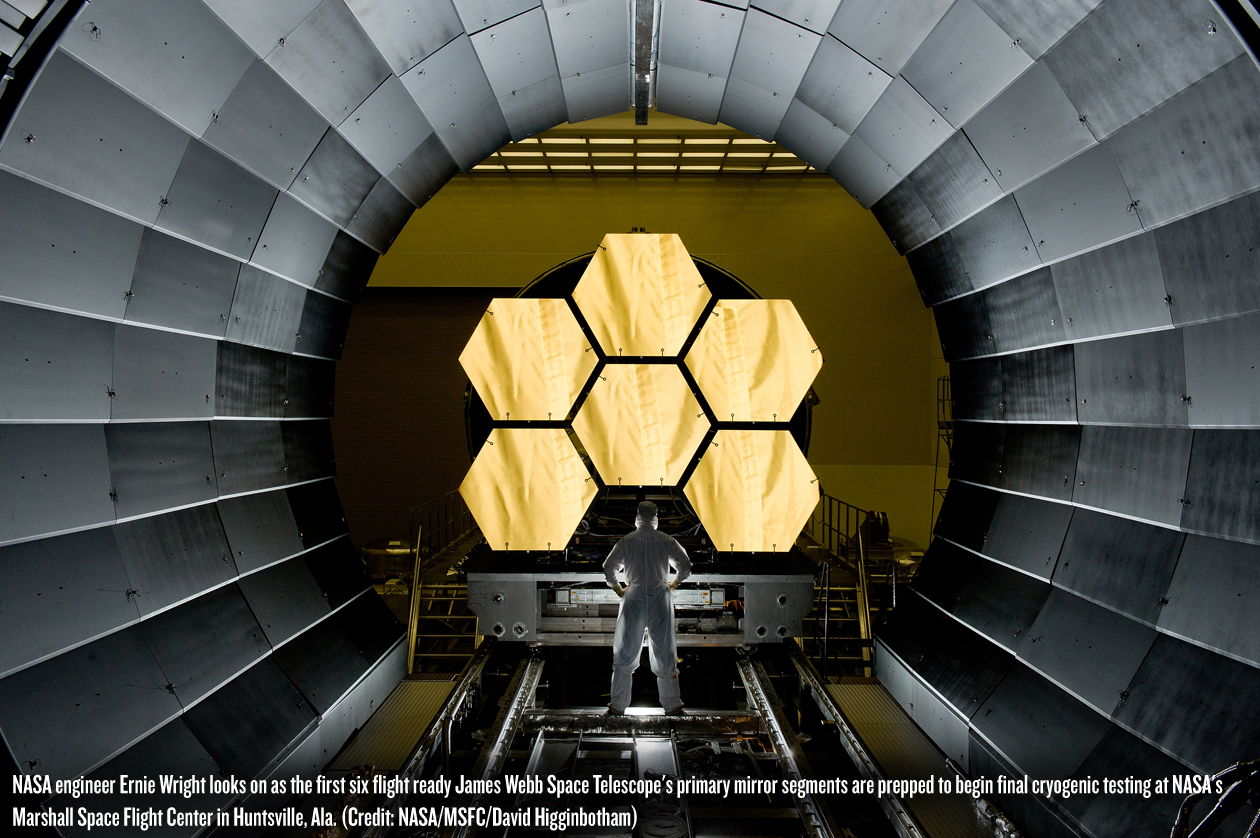