I remember when my friends and I went to Radiohead‘s concert for In Rainbows here in Montreal back in August 2008 how blown away we were by the visuals.  As a matter of fact, not only do my friends and I still talk about that lighting experience, but anyone I bump into who saw the same show always ends up mentioning the brilliance of the design as well.  The ingenious scheme was structured on a grid of suspended LED cables that not only could project any color, but they were able to produce three-dimensional images such as a wobbling rectangular plane, or swarms of light that seemed like they were alive (very much like the giant swarms of birds or fish that combine to produce stunning cloud-like patterns that morph through space). It was the most brilliant (and mind-expanding) concert experience of my entire life — a 110% immersive experience of sound and light. Andi Watson is the man behind the magic and he was recently profiled in a New York Times piece.  Andi has been Radiohead’s lighting and stage designer forever and has just released his very first book, Bullet Proof … I Wish I Was (Chronicle Books, $45), which showcases his essays and musings on his creative experiences, as well as a fascinating history of light as an artistic medium.  Here’s an excerpt from the NYT profile:

… In their discussions of Watson’s designs for Radiohead, Oasis, Vanessa Paradis and others, Scoates and his fellow essayists cite myriad unexpected influences: in straight-ahead shots of Radiohead’s 2006 tour, for example, you can see the severe, carnival-mirror angles of the classic German silent film “The Cabinet of Dr. Caligari,” as well as echoes of a famous Jean Cocteau shot — an eye peering through a keyhole, from “Le Sang d’un Poète.” The references aren’t all high art: For Radiohead’s 2008 “In Rainbows” tour, Watson created a cyber-punkish, carbon-neutral “LED forest” that, when it luminesced toxic green, suggested the hypnotic datascapes of the “Matrix” movies … And they’re not just designs but living creations. On tour, Watson functions as the sixth member of Radiohead, reacting to changes in songs and structures from the lighting booth. This is only after months of planning — after absorbing the band’s music and having conversations with its members and concocting a vision. “I get pictures in my head of what should be going on while the band is playing — of the ideal color, and the dynamic and where light should be coming from,” he said.

To learn more about Andi’s work, including an amazing set of photo galleries from all of his collaborations, be sure to check out his website at AndiWatsonDesign.com. You can read the full profile feature of Andi at The New York Times. 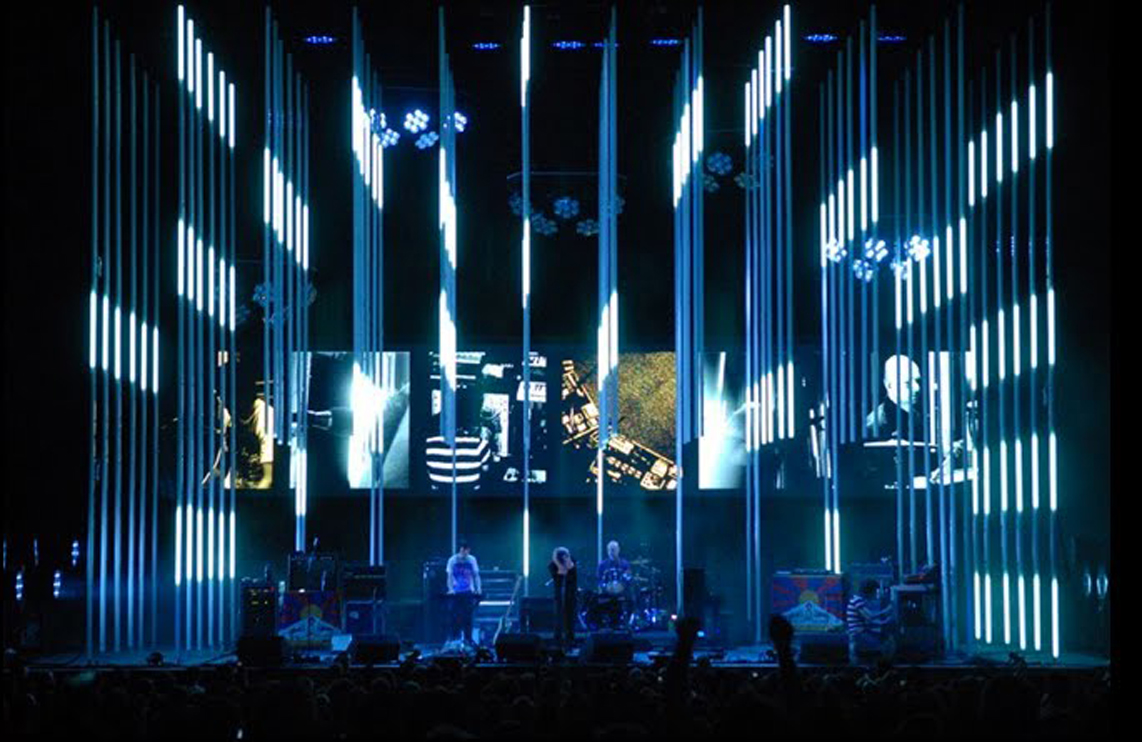 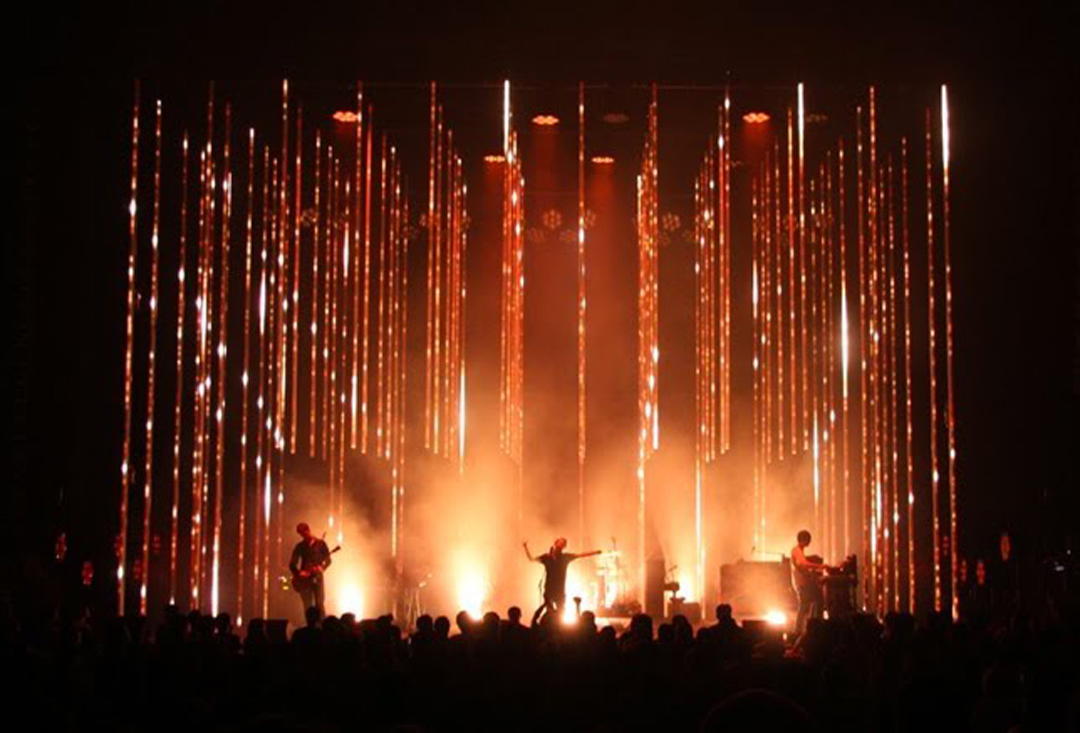 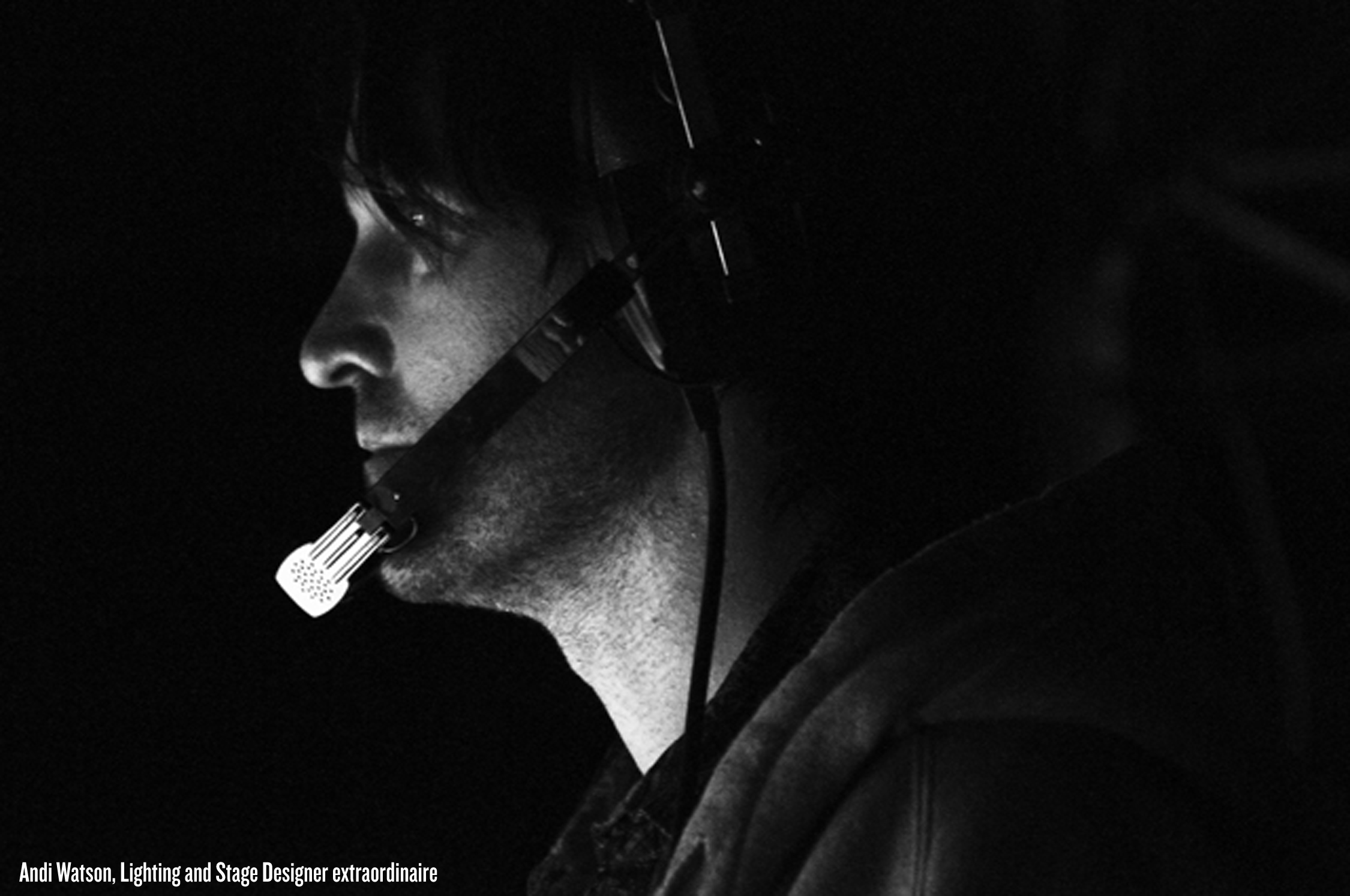 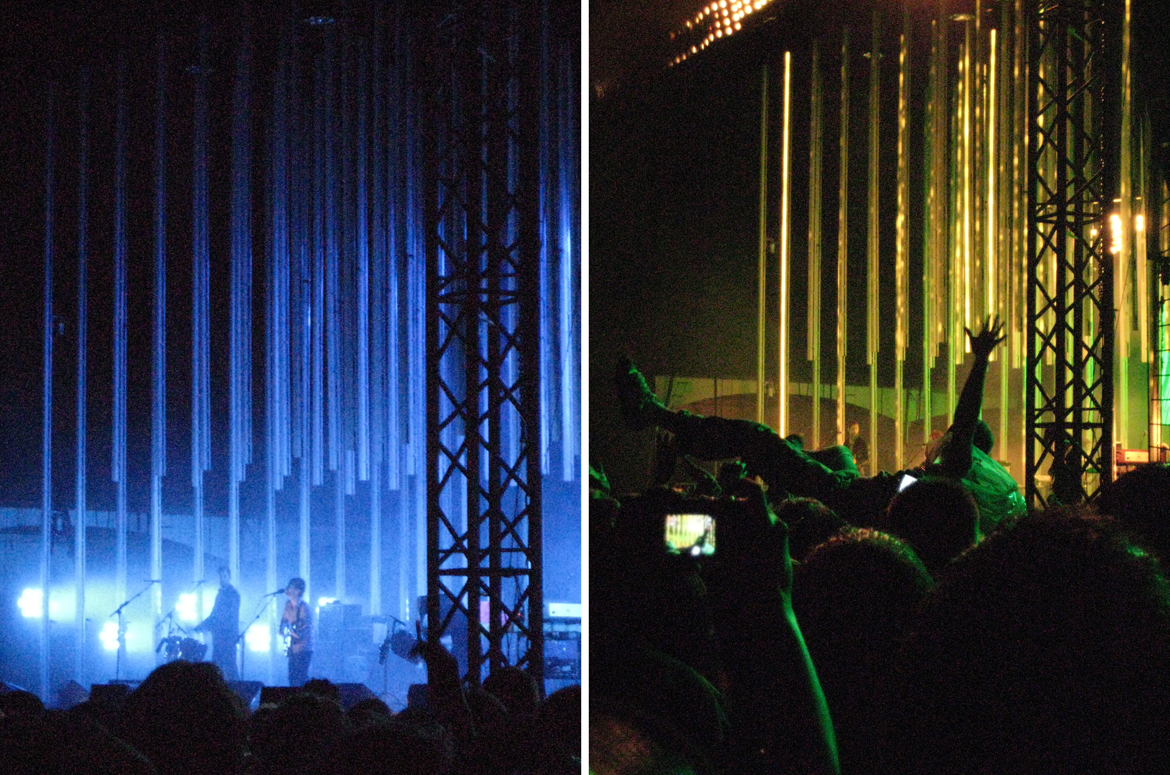 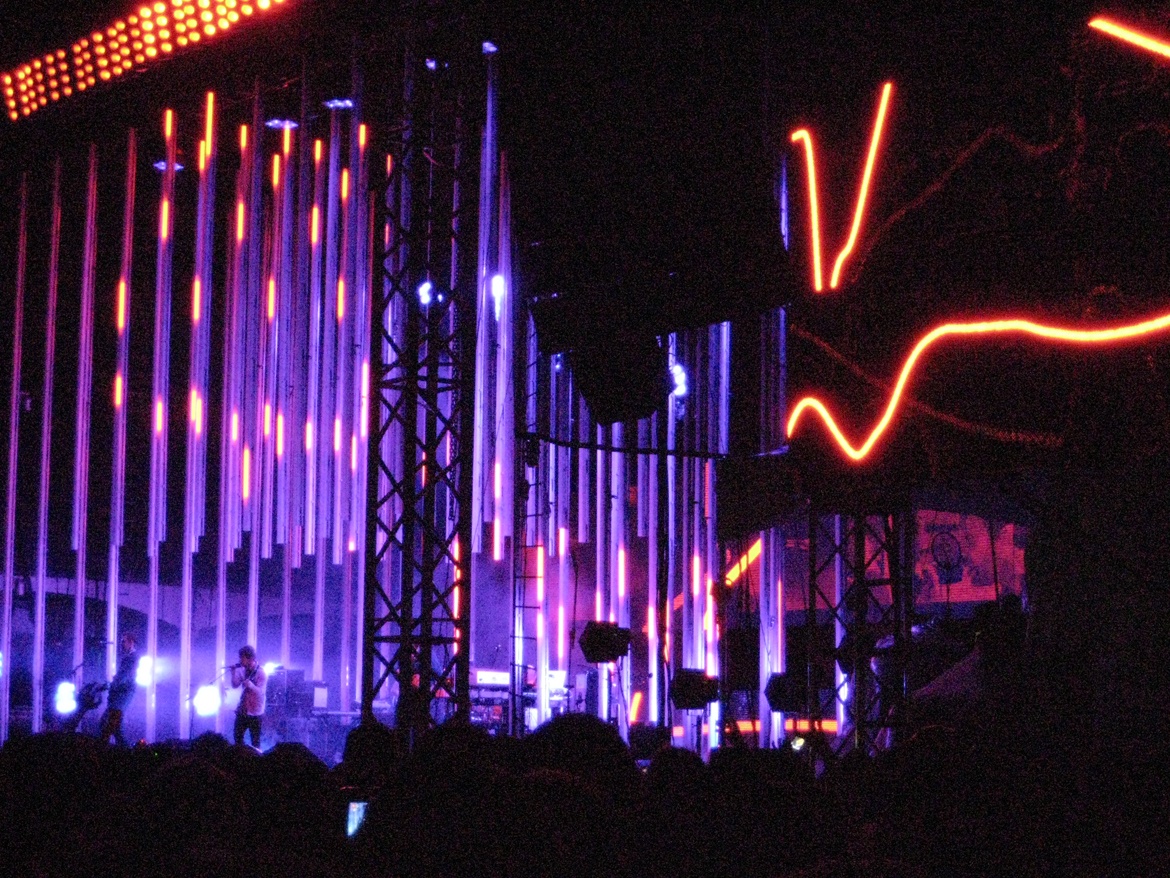 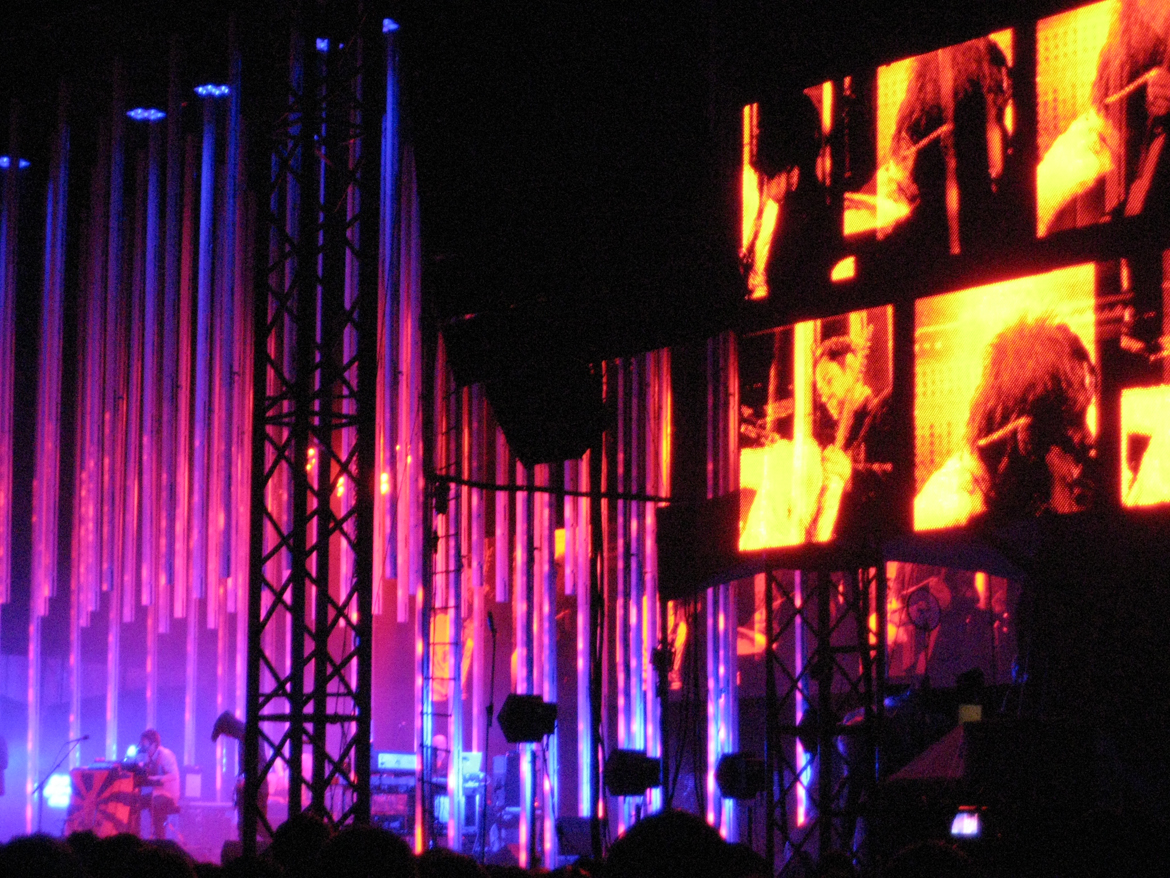 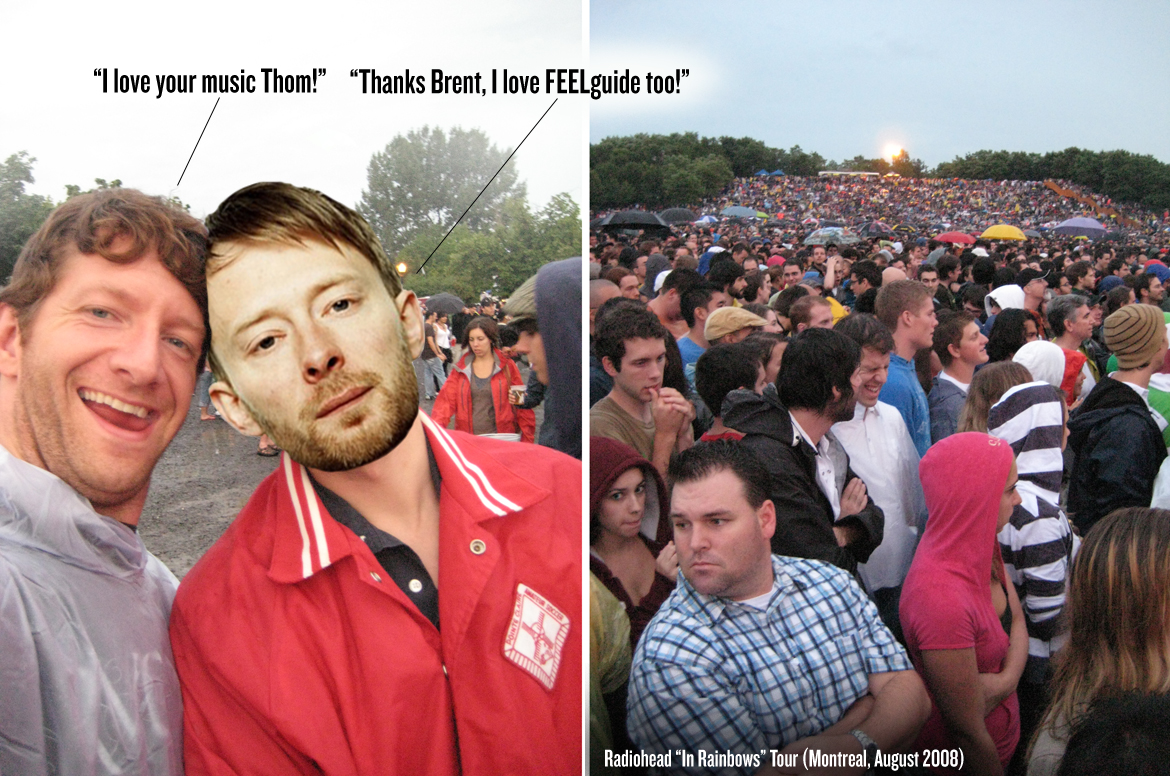 Source: The New York Times via The Best Part

Previous post:
Outstanding Infographic Proves Japan’s Radiation Is Zero Concern For Anyone Outside The Exclusion Zone Next Post:
Dirty Beaches’ Newest Album “Badlands” Is Like A Surf Rock Time Machine