The Algonquin Hotel is a historic hotel located at 59 West 44th Street in Manhattan. The hotel has been designated as a New York City Historic Landmark.  The regular meetings of literary giants (known as “The Algonquin Roundtable”), as well as the number of other literary and theatrical greats who lodged there, helped earn the hotel its status as a New York City Historic Landmark. The hotel was so designated in 1987.In 1996 the hotel was designated a National Literary Landmark by the The United States Friends of Libraries.  The organization’s bronze plaque is attached to the front of the hotel.

In June 1919 the hotel became the site of the daily meetings of the “Algonquin Round Table,” a group of journalists, authors, publicists and actors who gathered to exchange bon mots over lunch in the main dining room.The group met almost daily for the better part of ten years.  Some of the core members of the “Vicious Circle” included Robert Benchley, Heywood Broun, Marc Connelly, Jane Grant, Ruth Hale, George S. Kaufman, Neysa McMein, Dorothy Parker, Harold Ross, Robert E. Sherwood and Alexander Woollcott.

The hotel has a tradition of keeping a cat that has the run of the hotel.  The practice dates to the 1930s, when Frank Case took in a stray.  Hotel lore says actor John Barrymore suggested the cat needed a theatrical name, so he was called Hamlet.  Decades later, whenever the hotel has a male he carries on the name; females are named Matilda.  The current Algonquin cat, Matilda, is a Ragdoll that was named 2006 Cat Of The Year at the Westchester Cat Show.  Visitors can spot Matilda on her personal chaise longue in the lobby; she can also be found in her favorite places: behind the computer on the front desk, or lounging on a baggage cart. 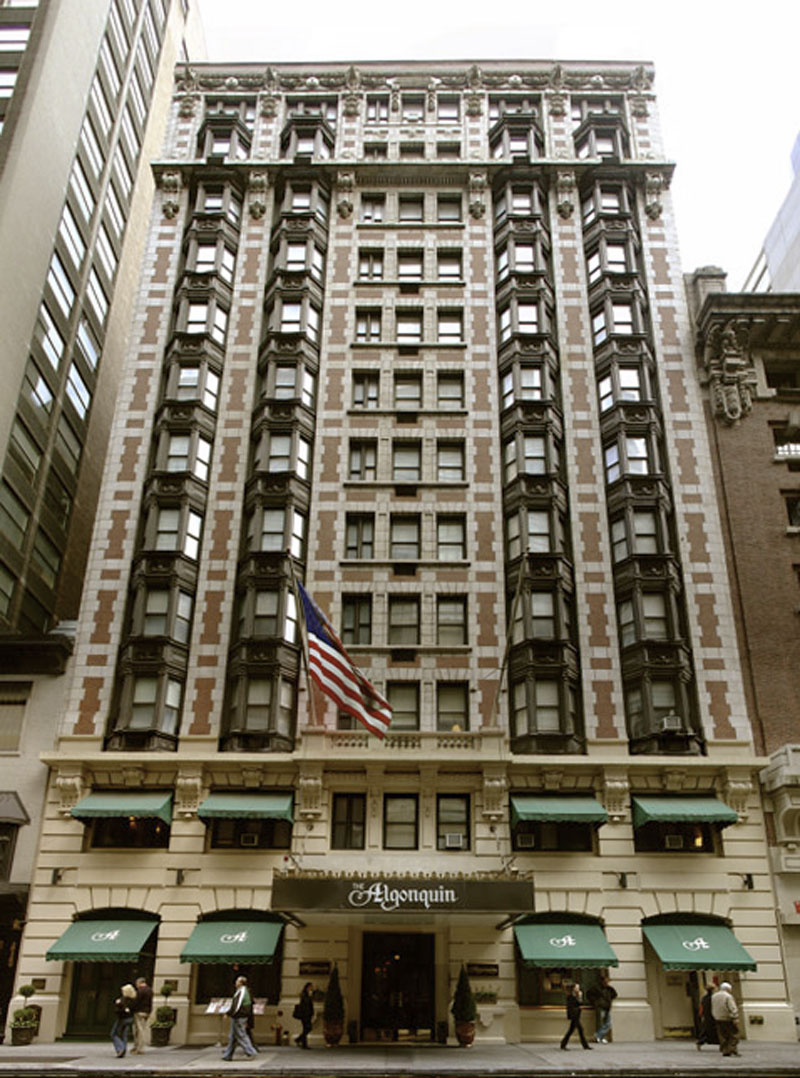 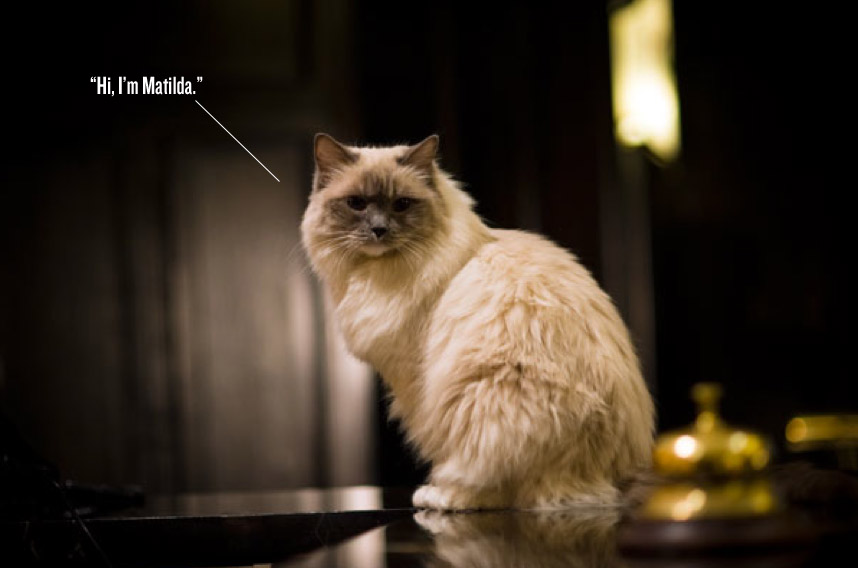 Previous post:
This Is Your Brain On (And Off) Love Next Post:
Diplo & Lunice Remix Of Deerhunter’s “Helicopter”