From one end, this concrete and glass house looks as if it had burst through the rocks on which it stands. From the other, it seems to nestle into them, a civilized shelter in a wild setting. Of course, the reality involves inspired design and engineering, but the appearance is magical nonetheless.

The house was designed as a weekend getaway for Merrill Wright, a Seattle resident, by Tom Kundig, of the local firm Olson Kundig Architects, who is known for houses that are both elegantly rugged and eminently livable. It occupies a 15-acre site in the San Juan Islands off Washington State. A compact, 2,200-square-foot box with a sod roof and tall steel-framed windows, the house consists of a main space, 61 feet long and 12 feet high, with a large kitchen at the back and a living and dining area overlooking the water up front. There’s also a master bedroom and sitting room as well as a small guest room on the main floor, and another guest room tucked beneath the house. What looks like a wood-sided boxcar pierces the house at the kitchen end; it contains a utility shed outdoors and a pantry-laundry room and bookcases indoors. (Chris Gerrick was the project manager, and Charlie Fairchild worked with Wright on the interiors.)  ‘‘I always knew there would be a big room at either end,’’ Kundig said; one room would offer ‘‘prospect’’ and the other ‘‘refuge,’’ a duality that the architect considers important to the design of houses, including his own, where the living room commands an expansive view of Puget Sound, while the kitchen and master bedroom look into an intimate garden.

Read the rest of The New York Times profile and see more photos of this house here. 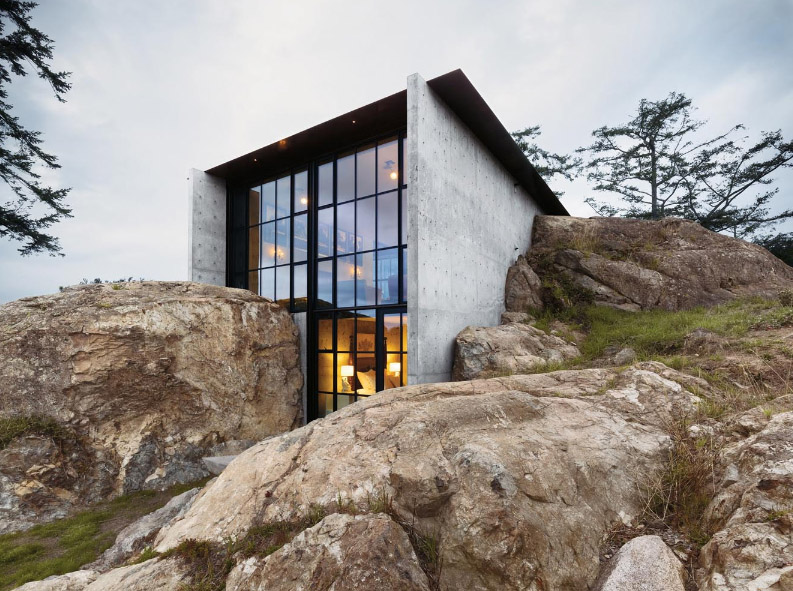 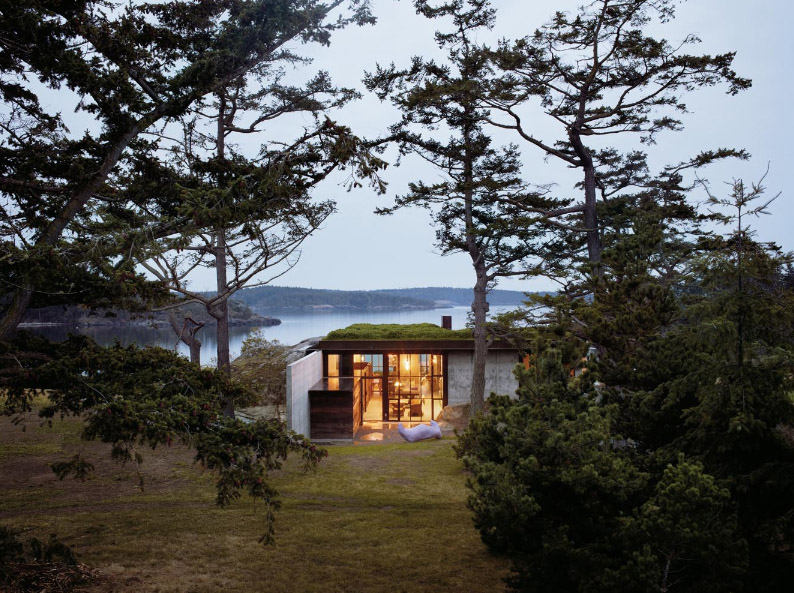 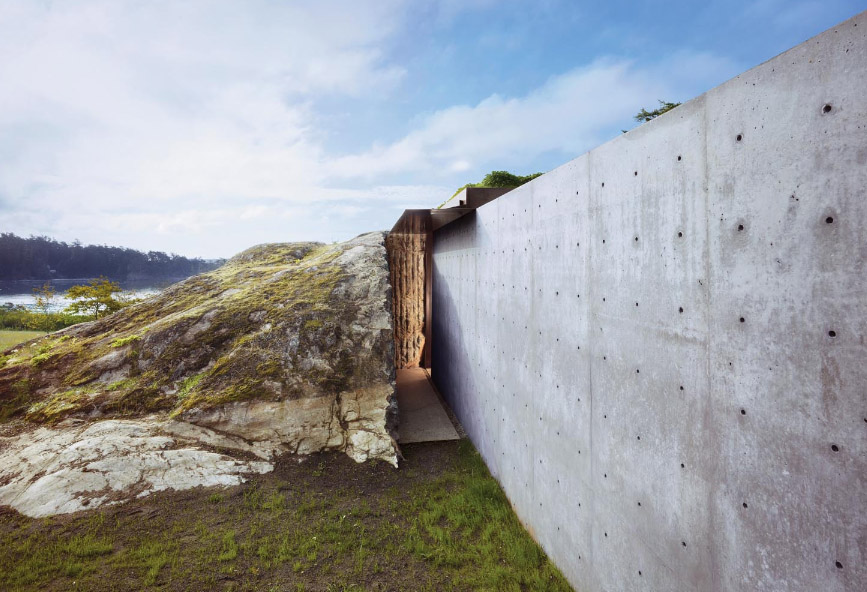