Last weekend I curled up under a blanket and my friend Martin and me watched Brad Anderson‘s “Session 9”.  I nearly chewed my fingers off to the bone.  The film is easily one of my favorite horror movies of all time.  Peter Travers of Rolling Stone called the film “a spine-tingler” and praised Brad Anderson’s direction. Bloody Disgusting ranked the film fifth in their list of the ‘Top 20 Horror Films of the Decade’, with the article saying “Session 9 isn’t just a cheap, hack-n-slash, instantly-forgettable type horror film, rather a psychologically probing, deeply unsettling journey off the edge and into the abyss of the human mind.”If you haven’t seen it, here’s a synopsis:

The film stars Scottish actor Peter Mullan (from Ken Loach’s ‘My Name Is Joe’) as Gordon Fleming, a new father struggling to keep his asbestos removal company afloat. Desperate to bring in some money, the normally deliberate and careful Gordon gets the contract by promising that his company can clear out the creepy deserted building in a week’s time. Assisted by his right-hand man, Phil (David Caruso), Gordon hires a crew and, pressed by the nearly impossible deadline, gets the hazardous work underway. But each man on the crew harbors a dangerous secret, and it’s only a short time before the haunted atmosphere of the asylum — where cruel and primitive means were used to control unstable patients — begins to work its dark spell on them. 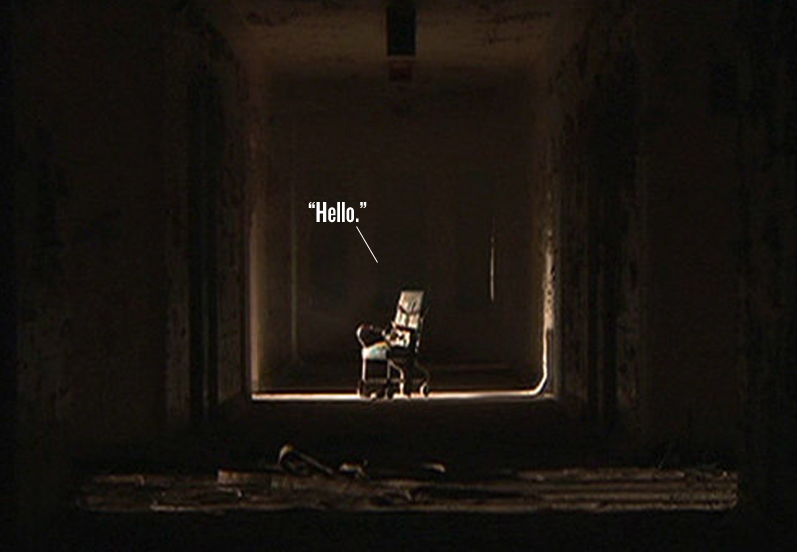